I recently needed to buy a new box of brown sugar and it was sealed tight but by the time I went to use it, it was hard as a rock. I went searching for find a solution and here it is... 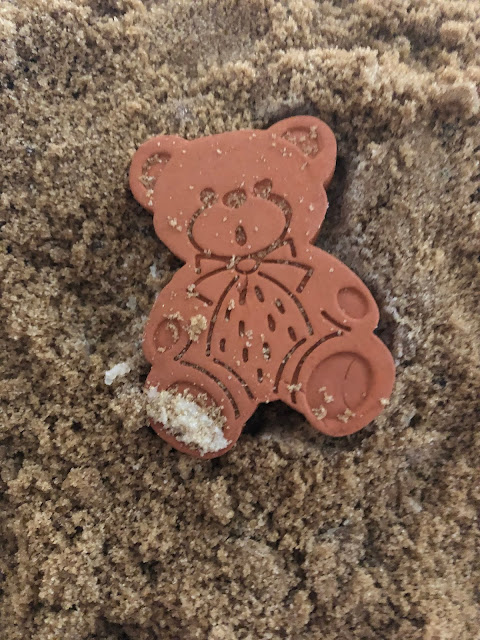 All you have to do is soak it in water for about 20 minutes and pat it dry before placing it inside an airtight container of brown sugar, baked goods, or even dried fruit. Once inside, the bear will help maintain the right amount of moisture. I ordered mine from Walmart free shipping and I love it. 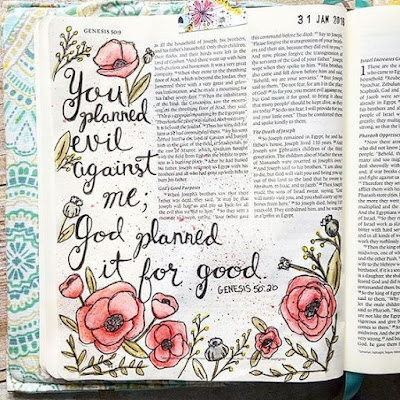 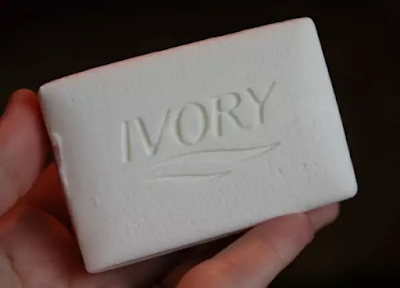 Ivory bar soap floating was a mistake. They had been overmixing the soap formula causing excess air bubbles that made it float. Customers wrote and told how much they loved that it floated, and it has floated ever since.
Posted by Changes in the wind at 5:27 AM 3 comments: 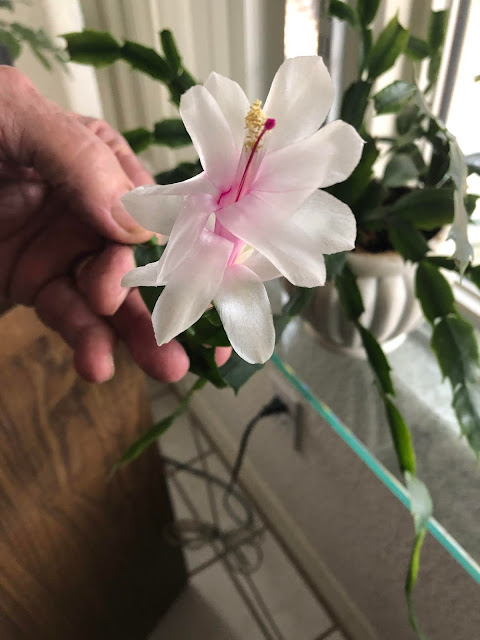 My Christmas cactus gave me a bloom in Feb. there is another one coming:)
Posted by Changes in the wind at 5:41 AM 6 comments:

In January 1790, Dolley Payne married John Todd, a Quaker lawyer in Philadelphia. They quickly had two sons, John Payne (called Payne) and William Temple (born July 4, 1793]). After Mary Payne left Philadelphia in 1793, Dolley's sister Anna Payne moved in with them to help with the children.

While undergoing the loss of much of her family, she also had to take care of her surviving son without financial support. While her husband had left her money in his will, the executor, her brother-in-law, withheld the funds and she had to sue him for what she was owed.

In May 1794, Burr made the formal introduction between the young widow and Madison, who at 43 was a longstanding bachelor 17 years her senior. A brisk courtship followed and, by August, Dolley accepted his marriage proposal.

When Thomas Jefferson was elected as the third president of the United States in 1800, he asked Madison to serve as his Secretary of State. Madison accepted and moved Dolley, her son Payne, her sister Anna, and their domestic slaves to Washington on F Street. They took a large house, as Dolley believed that entertaining would be important in the new capital

Dolley worked with the architect Benjamin Henry Latrobe to furnish the White House, the first official residence built for the president of the United States. She sometimes served as widower Jefferson's hostess for official ceremonial functions

In the approach to the 1808 presidential election, with Thomas Jefferson ready to retire, the Democratic-Republican caucus nominated James Madison to succeed him. He was elected President, serving two terms from 1809 to 1817, and Dolley became the official White House hostess. Thel first “first” lady to live in the White House. Dolley helped to define the official functions, decorated the Executive Mansion, and welcomed visitors in her drawing room. She was renowned for her social graces and hospitality and contributed to her husband's popularity as president. She was the only First Lady given an honorary seat on the floor of Congress, and the first American to respond to a telegraph message. In 1812, James was re-elected. This was the year that the War of 1812 began with Great Britain

After the United States declared war in 1812 and attempted to invade Canada in 1813, a British force attacked Washington in 1814. As it approached and the White House staff hurriedly prepared to flee, Dolley ordered the Stuart painting, a copy of the famous George Washington portrait to be saved, as she wrote in a letter to her sister at 3 o'clock in the afternoon of August 23:

Our kind friend Mr. Carroll has come to hasten my departure, and in a very bad humor with me, because I insist on waiting until the large picture of General Washington is secured, and it requires to be unscrewed from the wall. The process was found too tedious for these perilous moments; I have ordered the frame to be broken and the canvas taken out ... It is done, and the precious portrait placed in the hands of two gentlemen from New York for safe keeping. On handing the canvas to the gentlemen in question, Messrs. Barker and Depeyster, Mr. Sioussat cautioned them against rolling it up, saying that it would destroy the portrait. He was moved to this because Mr. Barker started to roll it up for greater convenience for carrying.

Popular accounts during and after the war years tended to portray Dolley as the one who removed the painting, and she became a national heroine. Early twentieth-century historians noted that Jean Pierre Sioussat had directed the servants, many of whom were slaves, in the crisis, and that house slaves were the ones who actually preserved the painting.

Dolley Madison hurried away in her waiting carriage, along with other families fleeing the city. They went to Georgetown and the next day they crossed over the Potomac into Virginia. When the danger receded after the British left Washington a few days later, she returned to the capital to meet her husband. However, the rampant pillaging and systematic destruction had desolated much of the new city. As Congress began discussions over the construction of a new capital, Dolley and James moved into The Octagon House.

On April 6, 1817, a month after his retirement from the presidency, Dolley and James Madison returned to the Montpelier plantation in Orange County, Virginia.

In 1830, Dolley's son Payne Todd, who had never found a career, went to debtors' prison in Philadelphia and the Madisons sold land in Kentucky and mortgaged half of the Montpelier plantation to pay his debts.

Dolley remained at Montpelier for a year. Her niece Anna Payne moved in with her, and Todd came for a lengthy stay. During this time, Dolley organized and copied her husband's papers. Congress authorized $55,000 as payment for editing and publishing seven volumes of the Madison papers, including his unique notes on the 1787 convention.

In the fall of 1837, Dolley returned to Washington, charging Todd with the care of the plantation. She and her sister Anna moved into a house, bought by Anna and her husband Richard Cutts, on Lafayette Square. Madison took Paul Jennings with her as a butler, and he was forced to leave his family in Virginia. 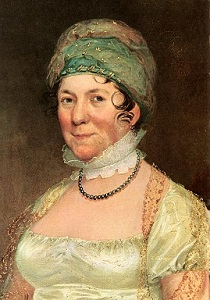 While Dolley Madison was living in Washington, Payne Todd was unable to manage the plantation, due to alcoholism and related illness. She tried to raise money by selling the rest of the president's papers. She agreed to sell Jennings to Daniel Webster, who allowed him to gain his freedom by paying him through work.

Unable to find a buyer for the papers, she sold Montpelier, its remaining slaves, and the furnishings to pay off outstanding debts.

Paul Jennings, the former slave of the Madisons, later recalled in his memoir,

In the last days of her life, before Congress purchased her husband's papers, she was in a state of absolute poverty, and I think sometimes suffered for the necessaries of life. While I was a servant to Mr. Webster, he often sent me to her with a market-basket full of provisions, and told me whenever I saw anything in the house that I thought she was in need of, to take it to her. I often did this, and occasionally gave her small sums from my own pocket, though I had years before bought my freedom of her.

In 1842, Dolley Madison joined St. John's Episcopal Church, Lafayette Square in Washington, D.C. This church was attended by other members of the Madison and Payne families.

On February 28, 1844, Madison was with President John Tyler while aboard the USS Princeton when a "Peacemaker" cannon exploded in the process of being fired. While Secretaries of State and Navy Abel P. Upshur and Thomas Walker Gilmer, Tyler's future father-in-law David Gardiner and three others were killed, President Tyler and Dolley Madison escaped unharmed.

She died at her home in Washington in 1849, at the age of 81. She was first buried in the Congressional Cemetery, Washington, D.C., but later was re-interred at Montpelier next to her husband. 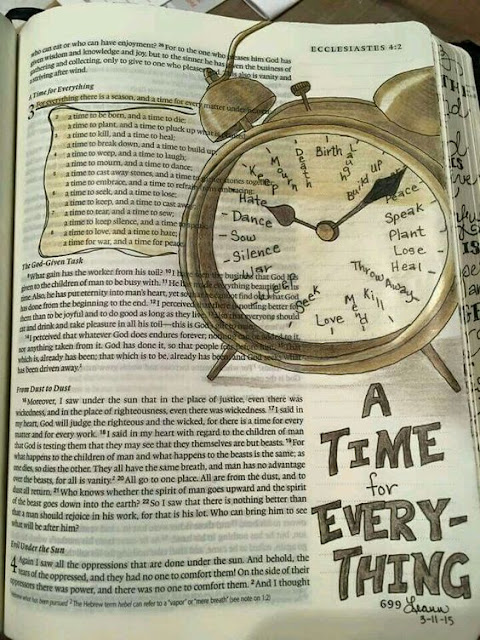