Tried a new recipe and loved it!!!
Sheet pan shrimp boil which has not only shrimp but smoked sausage, baby potatoes, and corn.

so had to buy that and it called for more garlic than I would ever use but I could have licked the pan lol. This is a very easy dinner and will be making it again. Just added some fresh fruit as a side dish and it was perfect. 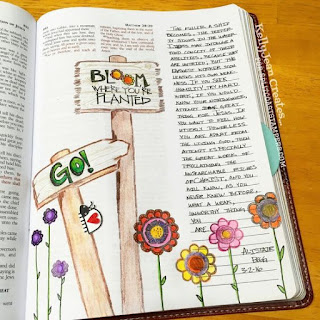 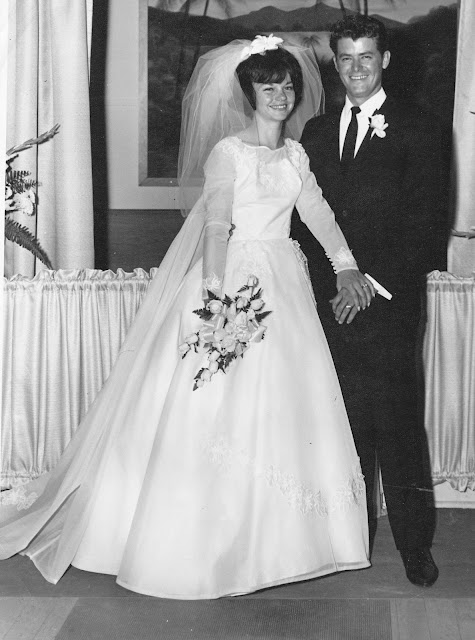 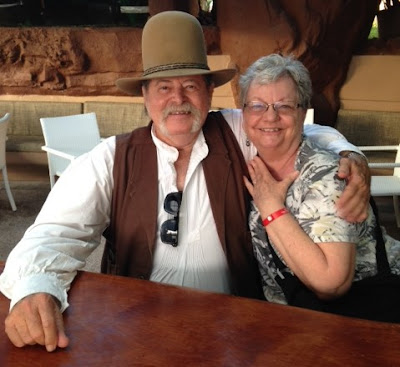 There were a couple of Tues. I didn't cook because of one reason or another. Last week I fixed some fried fish but the highlight was "homemade cauliflower with cheese sauce". We were licking the plates Hahaha.


Last night I fixed a new recipe and although it was not great it was good. Slow cooker creamy ranch pork chops.  I made home made mashed potatoes which were a treat and I am excited to use the left overs to make some lunches for myself. Think I will add some cooked rice, carrots and peas to the left over gravy which was good.
ps...I would add 1/2 tsp salt to the recipe.

My daughter asked me what I would like to do for my birthday (May 16th) and I told her I wanted to go to the new OdySea Aquarium in Scottsdale. If you can imagine it is the largest aquarium in the southwest and holds more than 2,000,000 gallons of water and spans over 200,000 square feet and right in the middle of the desert! Go here for more information.


She picked me up and grabbed a picture before we left.. 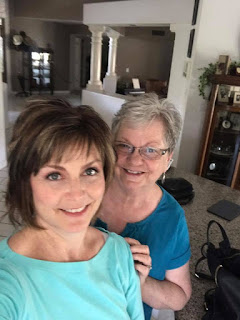 (I am so blessed to have her as my daughter)

Only a few pictures I took came out.... 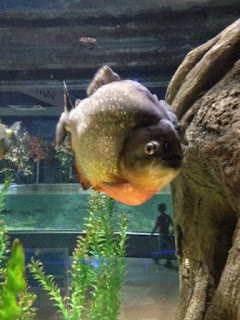 This beauty is a  Piranha 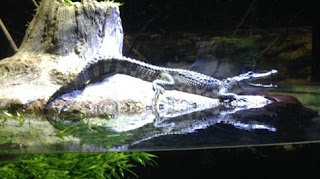 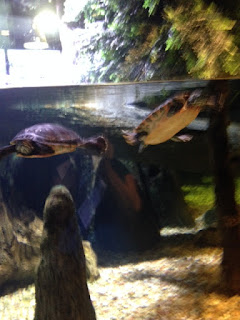 Who can resist turtles.... 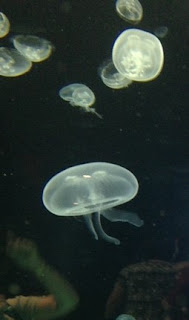 and these fascinating jelly fish...

Came home and she even brought a small cake, lit a candle and sang happy birthday to me! 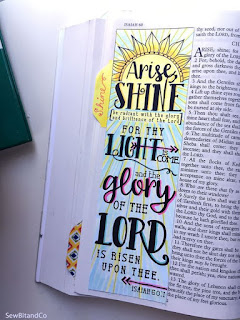 
Hubby and I spent five days last week in Mazatlán, Mexico for a early celebration of our upcoming 50th wedding anniversary. We hadn't traveled since hubby's fall last year that left him with problems of being in closed spaces and to my relief he did great on the plane. No issues at all!! We neither are water people except to enjoy looking at it and listening to it and the view from our room accommodated both. I always forget that it is hot and humid in Mexico but if there is a breeze it is all okay. 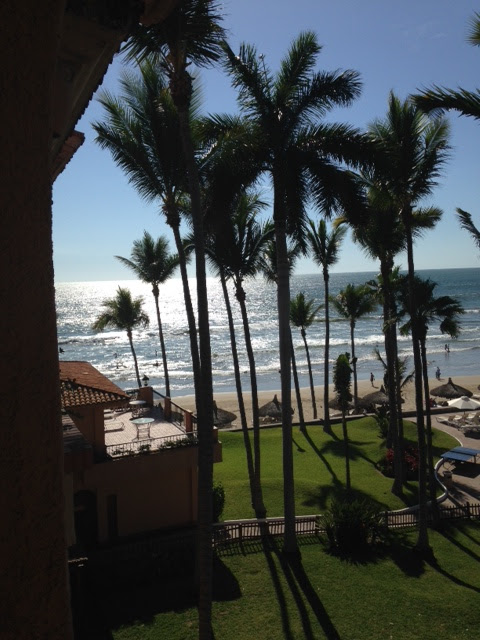 We could people watch from our perch too. 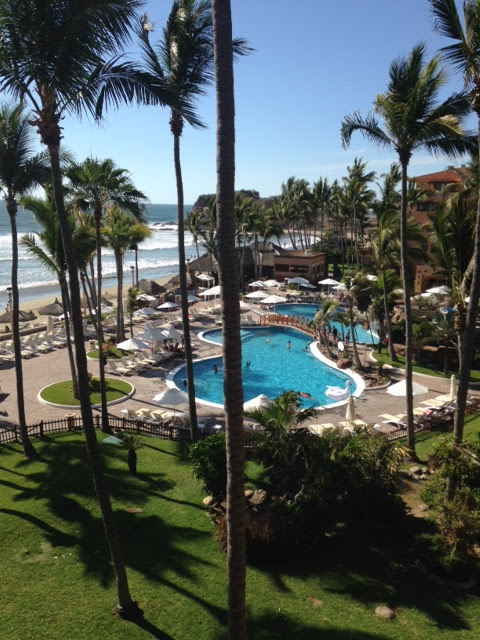 and this is looking out from the swim up bar 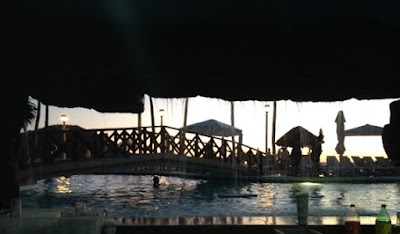 Where we enjoyed these for lunch 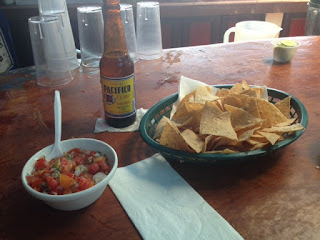 One afternoon we made plans to go to the "Shrimp Bucket" (a famous restaurant we have been to several times) and part of the fun is to ride in the local taxi called a Pulmonia. 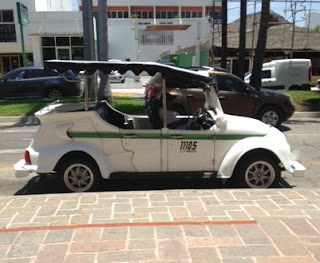 If you have issues with the wind blowing your hair this ride is not for you but oh what fun it is going down the Golden Zone and the ocean so close by.  As it turned out the area of the restaurant was all under construction so we got a free back road tour trying to get to it only to find it was closed. I asked the driver if he would recommend a Mexican food place so he took us to one and trust me, it was the real deal. No one spoke a word of English but the food was pretty good. While eating chips and salsa my hubby said "I think I have a problem" ........His jaw had come out of alignment! His teeth weren't lining up like they were suppose to. I wanted to leave but he stayed calm and said lets eat what we ordered. After getting back to the hotel I googled all I could about it and it said it can just happen and that if you can relax it might go back in so he took a tranquilizer and we had some tequila laid down for a nap and when he got up it was back but sore. Isn't that weird?

Love watching the people and this couple just touched my heart... 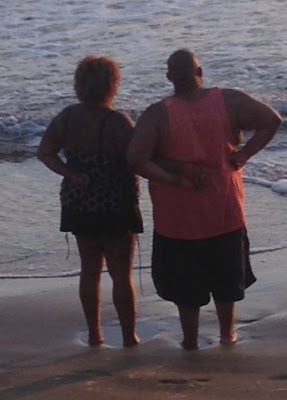 They were watching the sun go down and Mexican sunsets are the best! 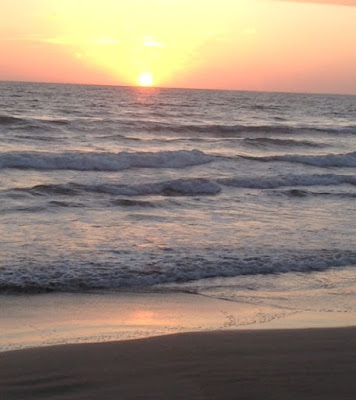 The restaurant is all open air and I noticed this flower right next to our table. How easy it would be to overlook it..... 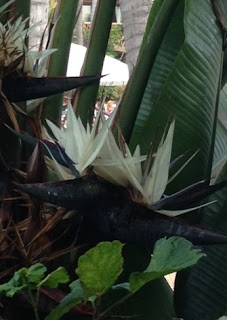 This is looking back at our resort from the restaurant 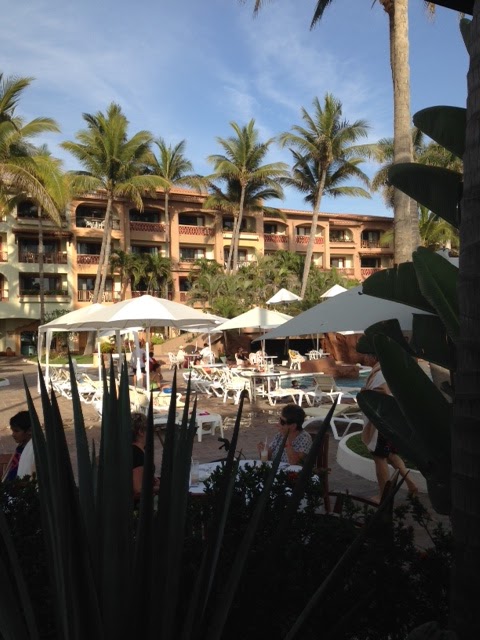 We had been here before but things have changed. It use to be a resort that catered to gringo's but now it is family focused because so much of the travel dropped off when there was such uprising there. The thing that it affected the most was the restaurant menu. No fresh fish but spaghetti and such. However I did have shrimp one night and it was fabulous!


There is nothing like the ocean and the sound of the water. I tried to include a video I had taken but it wouldn't let me send it to my email so this will have to do. 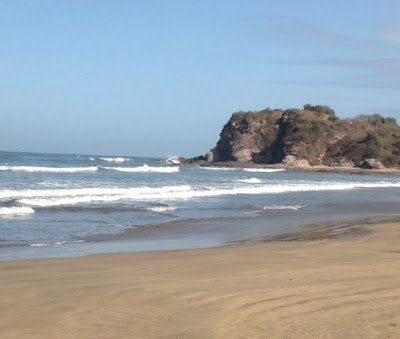 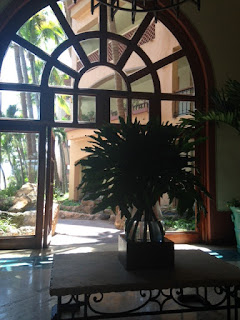 We sat in this little area for a while and there was such a nice breeze as well as a pretty view.

Some guy saw me trying to take a selfie and offered to take our picture so here we are! 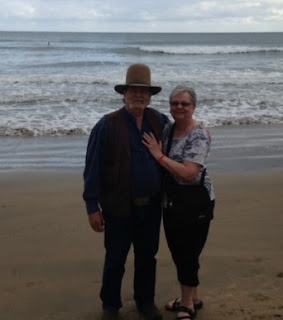 Yes he wears his hat everywhere, that's my man. 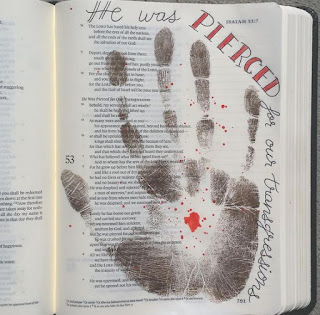 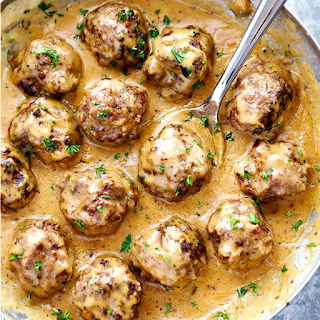 The title of this recipe is "The best Swedish meatball"
and they are indeed!
The recipe can be found here
Trying a new one tonight too....