I read about the exercise craze....Zumba Gold. They offer it at a community center close to me so I went and checked it out. It looked like so much fun but I haven't done a lot of exercise in a while so decided I should start with the Silver Sneakers group. 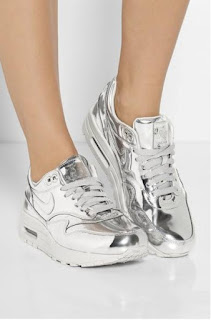 It is pretty low key but think I will do it for a while and then move up to the other class and hopefully be able to keep up. It was fun and I enjoyed it! There are other things available at the community center like card games and etc. and I may just give those a try as well. I am turning over a new leaf of being more outgoing!
Posted by Changes in the wind at 6:24 AM 4 comments:

Labels: Around home, Just for me 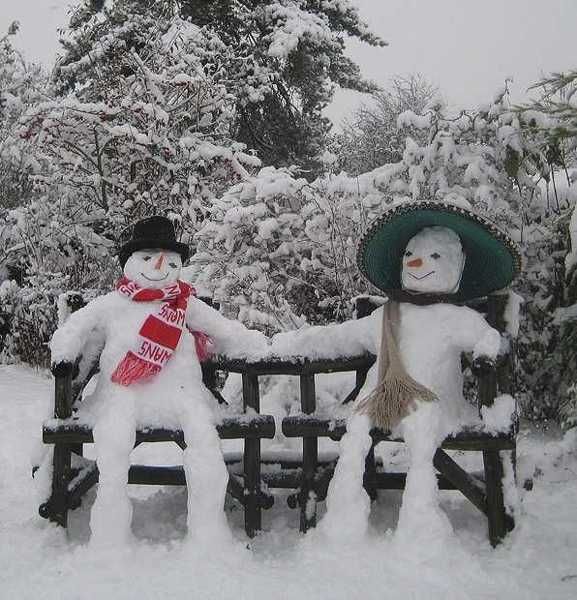 For those of you who have snow for such a long time this would be a great idea for a little yard art. 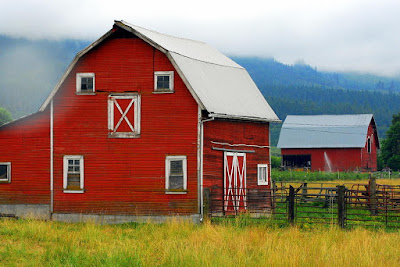 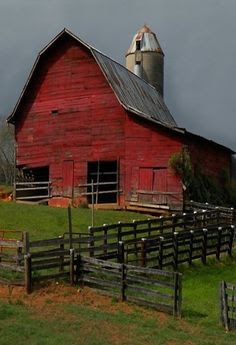 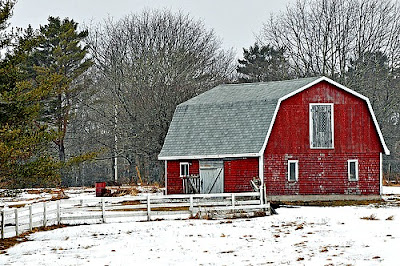 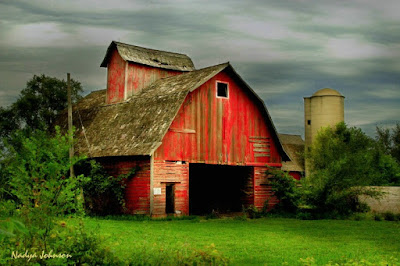 Beautiful aren't they? You can go all over the USA and see RED barns. Ever wonder why they are red? 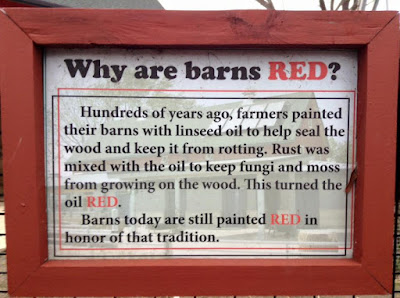 Where I grew up our water was hauled in; First by wagon and then by train so we used it very sparingly. No grass, no pools, so to go swimming we had to drive close to 50 miles to "Granite Dells" just west of Prescott, Arizona. It was a man made pool that was fed by a fresh creek and going there was a very special treat.
A splice of the history of the Dells
The 1899 Prescott Weekly Courier article reported: "Thomas Wing and his son, James, have 500 fruit-bearing trees and thousands of grapevines, all healthy and thriving."

To help water the orchards and crops, James Wing built an irrigation system, which transported Granite Creek water to the Dells ranch.

He began the project in 1885 by building a small rock dam immediately south of the intersection of Granite Creek and Little Boulder Canyon, and later ran a ditch to the original pond that would later become the Granite Dells swimming lake.

"Uncle Jimmy's ditch was a marvelous thing," his descendants wrote.

In a nod to the historic endeavor, the City of Prescott would later name one of its recreational trails through the area the Flume Trail. A walk along the creek reveals remains of the early system.

In the 1940s, Wing's descendants Morris and Howell Payne made repairs to the deteriorating system by installing metal pipes.

Along with watering the crops, the ditch/pipe system also became the lifeblood of the recreational business that the Paynes developed at the Granite Dells Resort. 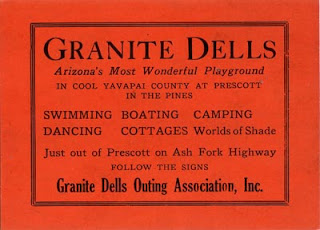 I was not old enough to enjoy the dancing and we lived too close to rent a cottage but it was a wonderful place with big trees to picnic under and all those big bolders.

and one tree served as diving platform. 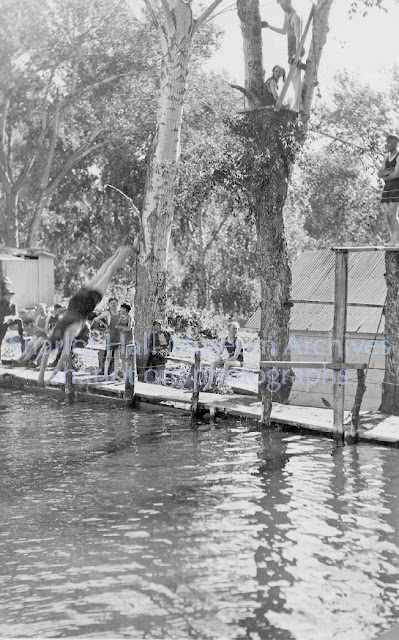 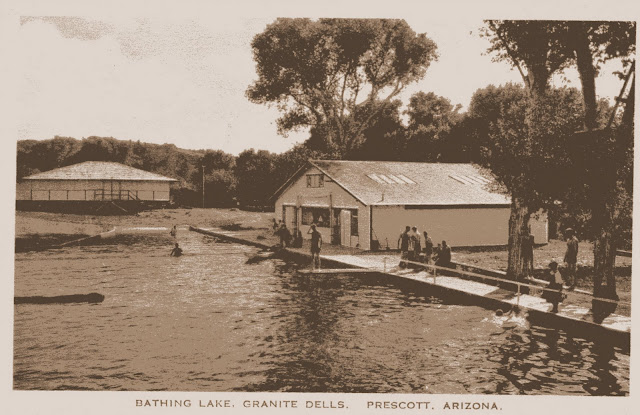 Sherman Payne's father Morris Payne ran the resort (with his brother Howell) from about 1922 to 1971, when he chose to close it because of concerns that he was getting too old to do the increasing amount of upkeep, and he "was running out of grandchildren" to help. In addition, liability insurance costs had skyrocketed.

While the pool opened again briefly from 1978 to 1982, it eventually closed for good.
There was a push to try tp preserve it but to no avail... 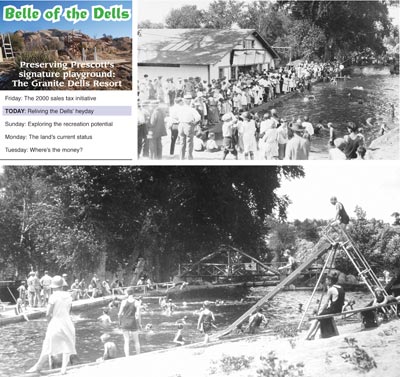 We took our daughter and son-in-law there before it became a private community to show where I use to swim and of course in my eyes I was seeing all the above but in truth this is what her eyes beheld... 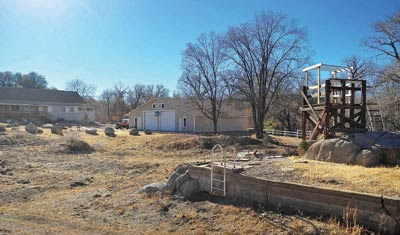 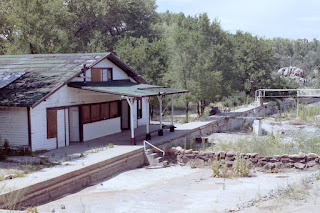 and in fact the bath house was gone as well.
It is now a private community and this is the entrance... 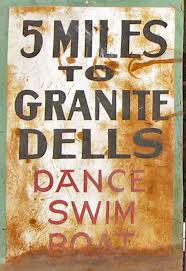 So much for those days of old that runs around in my memories. 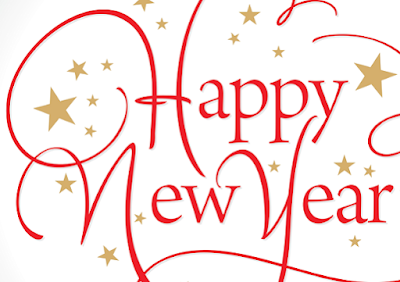