Just finished this pair of slippers for my one and only Granddaughter....... 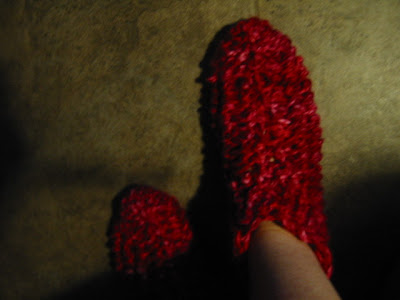 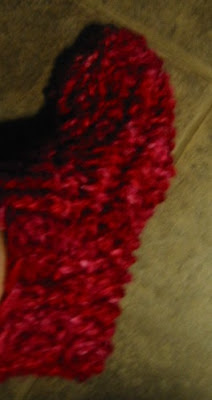 but she is 5 ft 8 inches tall! and an amazing volleyball player.
Recently, she was handpicked to play on a 14 year old speciality traveling team ...yep, Grandma's button are popping.
Posted by Changes in the wind at 6:17 AM 3 comments:

Chatty's post this morning asking us to share why we started blogging brought to mind the recent surge concerning my book. It is hard to believe that it has been four years since I published it. I have to admit I am the world's worst promoter but fortunately there are others who aren't and I have had a surge of new interest of late. It started with another order for 10 more books from Brace Bookstore in Ponca City, Okla. (where the Wild West Show was based) and in my Fall 2009 101 Ranch Old Timers Association newsletter there was this picture 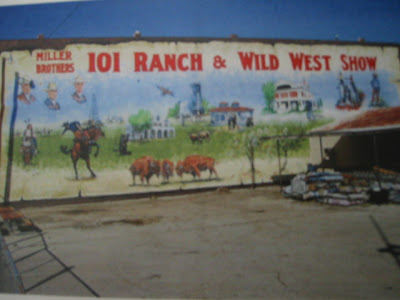 of a mural depicting the 101 Ranch & Wild West Show that was painted by Dr. Bob Palmer and Palmer Studios and four of his former students. It is very large and can be seen on the side of one of the old down town buildings coming into Ponca City. This is a huge boost for the 101 and Ponca City. When I was there doing my research for the book there was nothing to even give you a hint of the history of the 101 and even some of the people who worked there seemed clueless.

On Oct. 5th I posted about our trip to the Colt Show and how I was asked if I would speak about my book at the next Colt show that will be held in Tulsa, Okla. next year which was a surprise and I just got a card from one of the ladies that attended the show saying she had read the book and how much she had enjoyed it....all great pluses.
I also was asked a week ago if I would do a book signing by the owner of one of the restaurants we frequent!................but, I have saved the best for last.

I got a letter from a lady stating that she was a relative of Bessie's and wanted a book but she did not go online (which is about the only way you can get one of my books, either through the publishing company web site or Amazon if you don't happen to live in Ponca City) and fortunately she gave her phone number. I called her and told her I would just send her a book with an invoice and she could send me a check. She was a cousin of of Bessie's and yesterday this is what I received in the mail 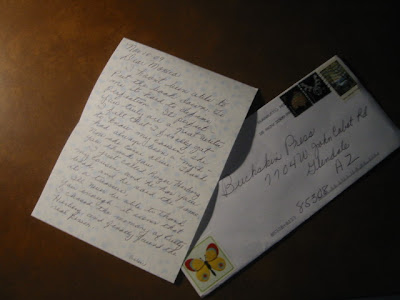 Nov. 18-09
Dear Monica
I haven't been able to put the book down. To me it's hard to define perfection. It's perfect - you are truly a great writer. I felt that I finally got to know my cousin, she had always been a "myth" now she came alive. Thank you, thank you.

I just called Roger Herberg my cousin, and he has your book, and he said the same, It's a treasure.


I'll never be able to thank you enough - it seems that I chased the memory of Betty Herberg, and finally found the real person.
It sounds like you are living a very unique life as Bessie did - I envy you your youth, strength, and perseverance.


I'd love to read more of your works as you finish them. Let me know.
Have a wonderful Holiday Season.


I have no idea how old this lady is and if being in your 60's is young than call me a spring chicken:) but on a serious note........Once I read Bessie's letters (what the book is based on) I too was hooked with the life of this unique woman of so long ago and I could not throw them away. I tried to figure out what to do with them, even making a trip to Ponca City to a collector but found no peace in releasing them. When my hubby suggested I write a book I laughed but then decided I'd give it a try and was amazed at the results of research! Of course the two old photo albums that had also been tossed aside were an even greater asset and the other books and writings that paralleled the letters where of great benefit as well, and now........it is all history for any and all to experience. To have a relative write you a letter like this..............makes is so worth it all.
As far as more books to come.........I don't see any in the future, this was simply a labor of love and why this picture (under glass) continues to grace my office. 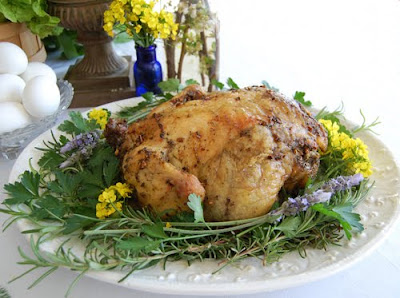 I decided it would be just right. Since there are five of us I decided to fix two chickens and consequently there was not enough room in the oven to cook the dressing too so I simply removed the chickens and covered them with foil and let them sit while the dressing cooked.....Wow! this was the juiciest chicken I have ever eaten and found out later that it is often recommended to let your meat sit a spell before cutting....never too old to learn, that is my motto!
I will say that there is so much oil used in the recipe that you will need to use chicken broth with just a little of the drippings to make your gravy, but it is is mmmmm good.
Posted by Changes in the wind at 8:58 AM 6 comments:

I don't know about you...but I would be lost without Google....just type it in and puff! helped me fix my computer, provided a bunch of patterns, checked the latest movies, helped me figure out a knitting stitch, checked out the side effects of medications, grab a recipe and much, much, more. So how about you...do you have a favorite search engine?


The latest idea of how to not spread the swine flu?

You best not count us out! 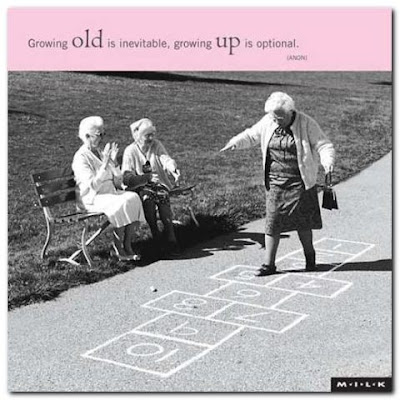 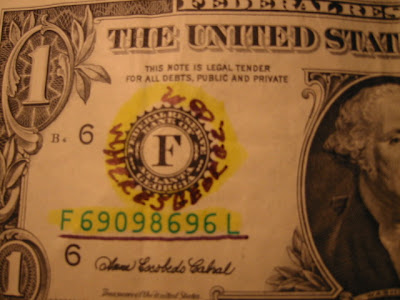 A bandana (from the Hindi: बन्धन bandhana, "to tie") is a type of large, usually colorful, kerchief, usually worn on the head.
Bandannas are frequently printed in a paisley pattern.
Bandannas are worn as a practical garment by:
Outdoor workers such as farmers and cowboys, who wear them around the neck to wipe the sweat off their faces and keep dust out of their collars.
Wildland firefighters, who wear them over the mouth and nose to lessen inhalation of dust and fumes.
Dancers and other athletes, who wear them during practice as a simple way of keeping hair and sweat out of their faces.
Some soldiers wear bandannas to keep their own sweat and blood out of their eyes.
Sports Stars, such a footballers and Tennis players, wear them to keep their hair in shape and off the rest of their face.
And sadly Bandannas in particular colors are also worn as a means of communication or identification, as with the prominent California criminal gangs, the Bloods, the Crips, the Norteños, and the Sureños or in sexual subcultures in the United States. In the late 1980s/early 1990s, the Bloods and the Crips, wore red or blue paisley bandanas as a signifier of gang affiliation.

and my added one....tie around your suitcase to set it apart at the airport

and here you thought they were just for protecting your head

Have Bandana ..will travel
Posted by Changes in the wind at 8:02 AM 5 comments: