I seasoned the pork chops with garlic salt and then browned them in the butter.
Note: I used a mandolin to slice the vegetables so that they were all the same size.
Mix the soup and milk together and layer the veg. with the soup mixture ending with the pork chops on top and more soup. Add the 1/4 cup water and cover and simmer for 20 min or until cooked through. Sprinkle with the cheese and cover till it melts. This is easy and good and you can use pork, chicken or beef of your choice. Can also you can layer with the cheese if you like it more cheesy.


Tried this new recipe as our side dish: 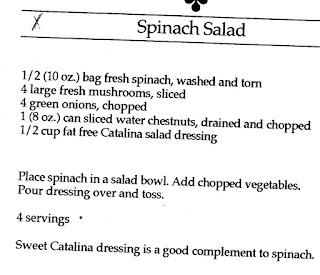 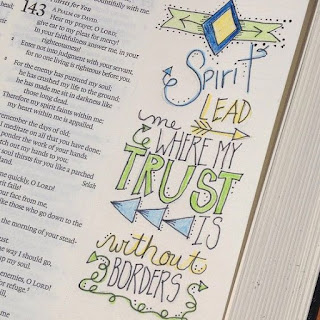 Hubby and I made a little trip to Washington State for 5 days and thought I would share our trip with you.


My plan was to spend all our nights in the Silver Cloud Inn which is right on the Puget Sound. We spent one night and although the view was nice the train across the street that was required to blow its whistle many times every time it crossed the train crossing kept us awake most of the night. Hubby informed me in the morning.....we were moving! Had no idea where but I had planned on driving up to Gig Harbor just for a nice drive so we checked out and away we went..... 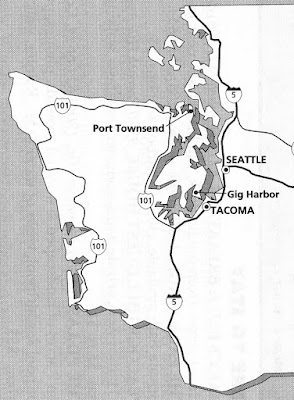 This is a map of the west side of Washington and as you can see there are many towns around the Puget sound.
We drove and drove and stopped in a little town called Poulsbo. We had been there before many years ago and I really like it because it had a Scandinavian feel to it. It has become much more commercialized but still a pretty place. 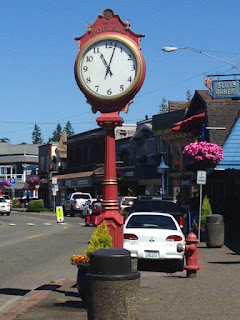 Can you read Poulsbo on the top of the clock? 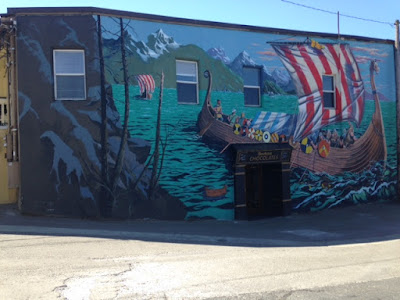 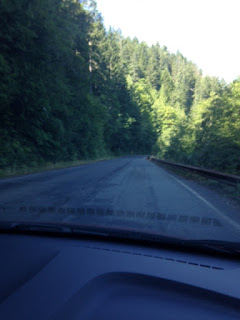 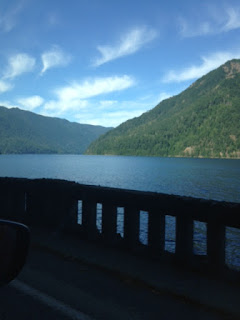 So pretty and cool and more trees than you can even imagine.

We arrived at Port Townsend and out of frustration I told hubby just pull over right here so I could get the gps working and lo and behold it was a cute little Bistro so we went in and had a wonderful lunch. I asked the bartender if she could recommend a hotel that had a restaurant and bar and we went with the second one she mentioned called  The Old Alcohol Plant back down in Port Ludlow (about six miles south from where we were). Oh my did we hit the jackpot on this one. Out of the way, so quiet and unique and pretty...Originally built in 1910 it ran 24 hours a day sending all its alcohol to San Francisco servicing many ships but eventually went belly up and stood abandoned for 65 years when it was then turned into this lovely hotel. However it closed in 2011 and I do not know when it re-opened but I sure hope it is able to stay open for years to come. 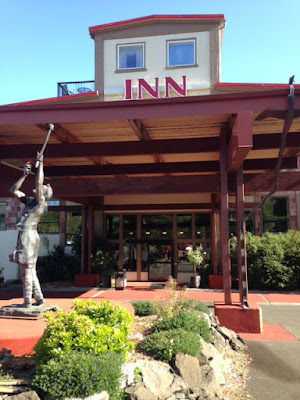 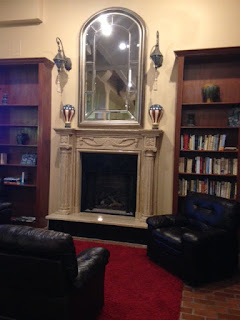 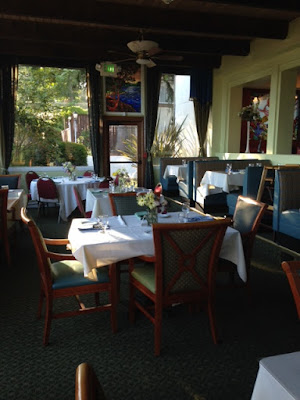 The restaurant
How about our vase on our table.. 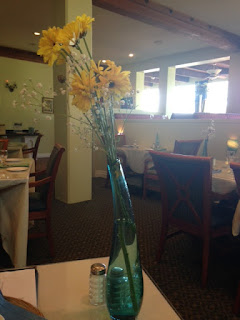 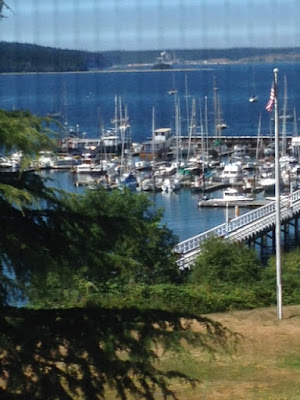 There were very few people here so we got super service and had freshly caught halibut for dinner that was to die for. I tell you I was in heaven here but of course there was more to see so after a fantastic free breakfast of made to order bacon and eggs we decided to go all the way around the end of the state and take a peek at the Pacific ocean.

A peak is about all we got on our long drive as there were trees all along the way. We spent the night in a place called Ocean Crest Resort which was down above the 101 sign on the map and in the first point. The only thing I really liked here was the flowers along the walkway... 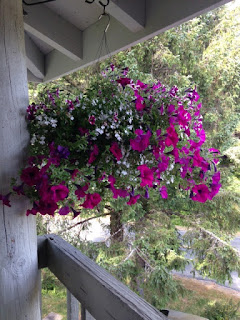 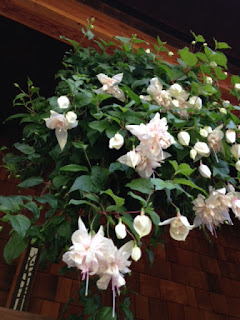 This one is taken from underneath as the flowers hung down.

It was a nice enough place but rather snooty and very overpriced for what they offered. I didn't take any pictures of the ocean because it was so depressing. The tide was out and I mean like a long way out and it was very dark and dreary. Not like the pacific coast that you would think of with big rocks and crashing waves.

Next morning we refused to eat breakfast at the hotel again and drove till we found an old fashioned McDonalds:) in a little town called Ocean Shores. Our next and last stop was at Little Creek Casino Resort just above Olympia. This place was huge and we stayed in the new section which had only been open 1 month! The best part was dinner. They had a little place called "The Seafood bar". It was a really small bar setting in the shape of a "u" and this was the menu.. 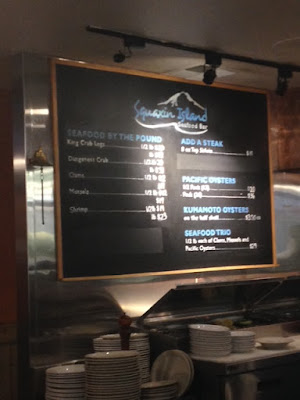 Too soon it was time to go home and I snapped this picture as we were leaving.. 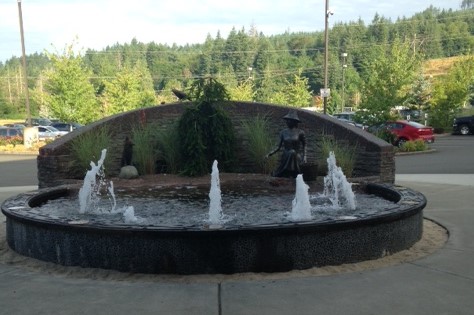 See the raven on the top of the fountain? He was eating a clam:)

Made it home safe and sound and it was only 104 when we arrived instead of 120 and today (Mon.) it is only 94. We are having our monsoon season.....a treat if it includes rain and not dust:) 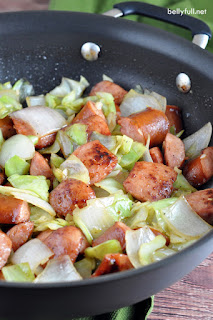 This was very good but I added more oil to the cabbage and onion and covered it and let it cook until the cabbage was soft and then added the kielbasa back.

Sliced avocado rounded out our dinner.
Posted by Changes in the wind at 6:38 AM 3 comments: 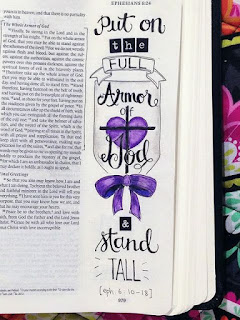 I recently attended a funeral for a friend of my husband and I and first off it was held on a Sunday. That was unusual for me but the most unusual thing was there was not one prayer said or one verse read from the Bible. Only praises for the man himself and the accomplishments of his life. He was a very nice man but this has left me with a heavy heart. Has anyone else attended a funeral like this?
Posted by Changes in the wind at 8:04 AM 3 comments:


Where did the Piggy Bank come from?


The piggy bank made its debut in between the sixteenth and eighteenth centuries, and replaced the clay jars that once housed spare change.


People named the pig-shaped bank after the orange clay, "pygg," from which it was crafted.


The bank retained its name long after artisans stopped using the clay to produce pottery, and eventually the name "pygg" assumed the name "pig bank," and then the name "piggy bank."


The individual who formed the first lump of "pygg" into the shape of a pig either had a sense of humor, or saw symbolism in using the pig as a model. One school of thought insists that the piggy bank is fed the "leftovers" of a ones money until it is fat enough to be smashed, and the money harvested.


Years ago, in German speaking countries, craftsmen gave their apprentices piggy banks to reward them for years of learning their respective trades. 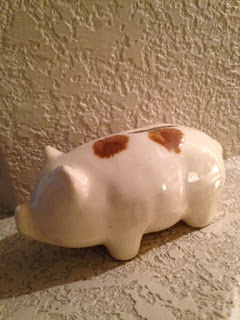 This is my hubby's piggy bank as a little boy 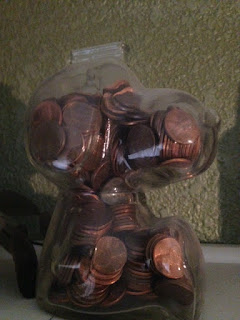 This is a piggy bank my folks had and I am tempted to break it because these penny's would be pretty old but imagine what they will be worth to the grandkids or great-grandkids.


Years ago I had a big bottle in our family room where we put in penny's and you would be amazed how it adds up.


Anyone have a piggy bank?

Labels: Around home, Did you know? 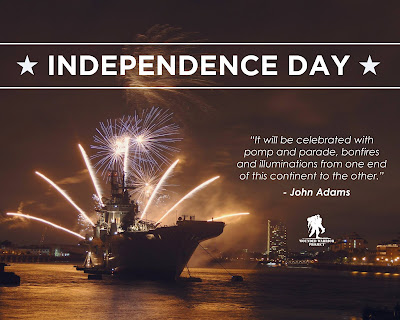 Posted by Changes in the wind at 8:47 AM