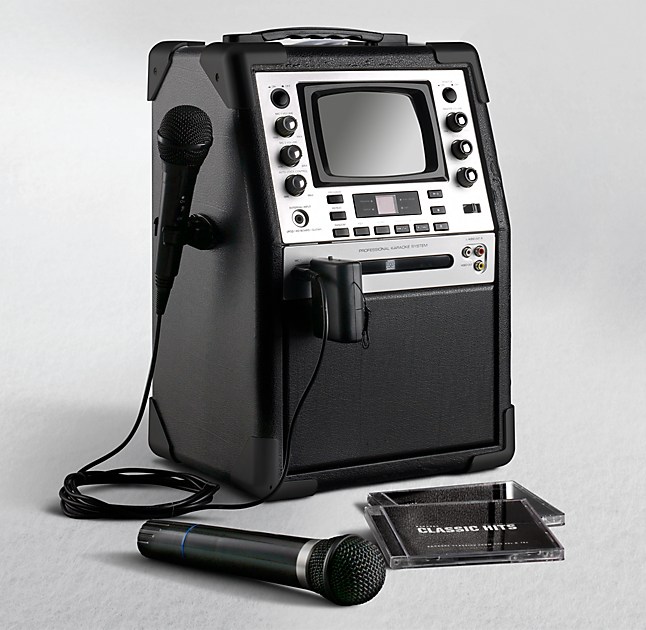 listen); カラオケ, clipped compound of Japanese kara 空 "empty" and ōkesutora オーケストラ "orchestra") ...yes the name Karaoke comes from Japan, it is a  type of dining interactive entertainment or video game developed in Japan in which an amateur singer sings along with recorded music (a music video) using a microphone. The music is normally an instrumental version of a well-known popular song. Lyrics are usually displayed on a video screen, along with a moving symbol, changing colour, or music video images, to guide the singer.  The global karaoke market has been estimated to be worth nearly $10 billion.
Hubby and I have been singing karaoke for many years now. We have one of these machines and our own cd's and practice here at home. It has been a wonderful adventure. I know a lot of people wait until they are three sheets to the wind and then get up and make a fool of themselves but for others it is a challenge to see how well they can sing a variety of songs.
Not able to go now with the virus and sure do miss it. Update: Folks I tried to send you a song but it won't let me send it to my email. Says It is too big and even with doing only one verse but I tried!

Labels: Did you know? singing

An Airline pilot must learn a special language to fly?

The language of flight, or Aviation English – which consists of around 300 words – is a combination of professional jargon and plain English. It was created to avoid pilots and air controllers mishearing each other and avoid potentially fatal accidents taking place.

One of the deadliest plane disasters in history was partly caused by language confusion.
In 1977, the Dutch captain on a flight to Tenerife, on Spain’s Canary Islands, told air traffic control: “We are at take-off”.
Tragically, the message was confused and coupled with poor weather conditions, the control tower could not see two planes headed for collision.
At least 583 people were killed in what is still regarded the deadliest accident in aviation history.
While the language of aviation is continually changing, pilots are required to pass strict language tests in order to fly planes safely.
PILOT SPEAK — AND WHAT IT MEANS
Affirm : Contrary to popular belief, pilots do not say “affirmative” when they mean yes – the correct term is affirm, pronounced “AY-firm”
Approach: Coming into land
Deadhead: This refers to a member of the airline crew who is travelling in a passenger seat
Mayday: This is one you don’t want to hear. The distress call for life-threatening emergencies, such as complete engine failure. It comes from the French “m’aidez” (“help me”). Pilots must stay it three times at the start of a radio call
MEL – Minimum Equipment List: This means a particular aircraft appliance is broken but is not needed for safe flight, such as the coffee maker
Pan-pan: The next level of emergency down from mayday, it’s used for situations that are serious but not life-threatening. Originating from the French word “panne”, meaning breakdown. You say it three times: “pan-pan, pan-pan, pan-pan”
Roger: This means “message received”, but it doesn’t necessarily mean you’ll comply
Squawk: To squawk is to set your transponder (a device for receiving a radio signal) so that your location can be identified on a radar. Pilots might be asked to “squawk Mode Charlie” or “squawk ident”, which are unique settings to help air traffic control to see where you are
Standby: This means “please wait” and this is usually said when the air traffic controller or pilot is too busy to take a message
Wilco: An abbreviation of “will comply”, it means the pilot has received the message and will comply.
Of course these are just a few.
Posted by Changes in the wind at 6:25 AM 5 comments: 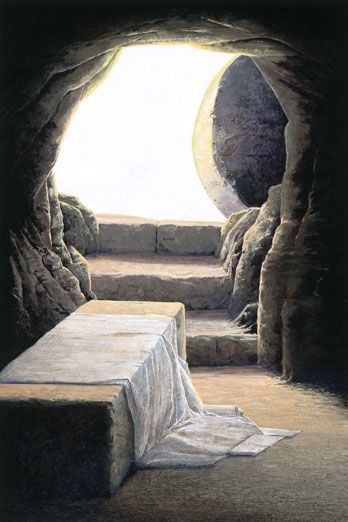 Spring has sprung at my house 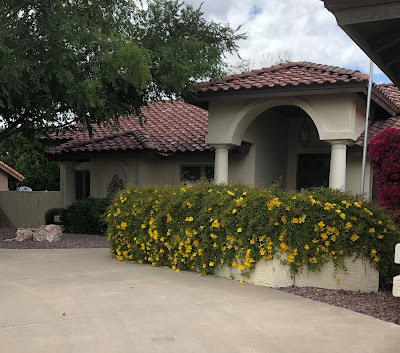 on the stems and climbs unending. All those flowers turn into pods which is the not nice part of this plant but it thrives in our hot summers.
Posted by Changes in the wind at 9:34 AM 9 comments: I made this mask from a scarf I had... 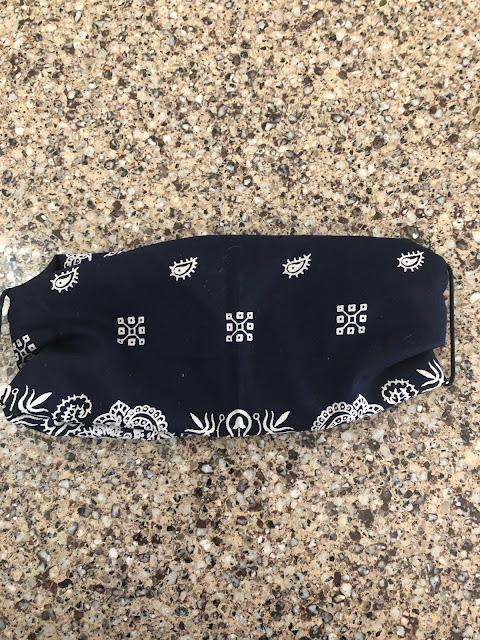 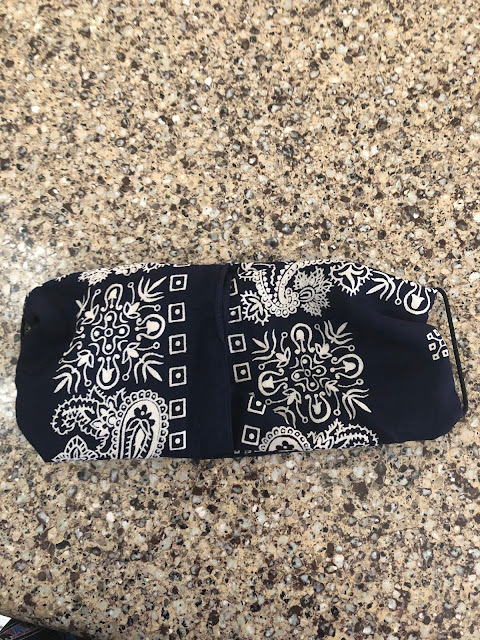 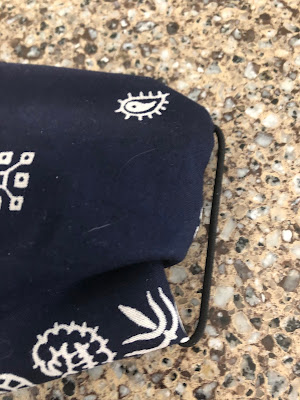 End to go over ears.
It was simple no sew and below is a video to show you how..Stay safe everyone. 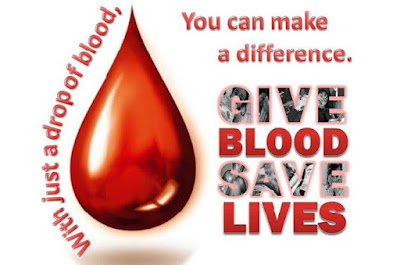 Everyone knows this yet few of us are  prompted to give. Blood donors in Sweden receive a text when their blood is used. Maybe that could inspire us!

To encourage more young people to donate blood, Sahlgrenska University Hospital in Gothenburg, Sweden, sends a text to donors when their blood has been dispensed to someone in need. A common issue with blood donation, along with other types of charitable donations, is that if a donor doesn’t know the recipient, it’s harder to convince them that donating is beneficial. But with this system, which started in 2012, potential donors in Sweden have proof that their contribution is going to good use.