Hubby and I voted by absentee. Here is a web site where you can check to see if your mail in has been counted. 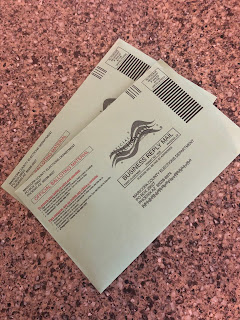 I checked ours and the signatures have been verified and counted😀
Posted by Changes in the wind at 7:45 AM 4 comments:

Posted by Changes in the wind at 5:30 AM No comments:

Lucy first met Rutherford B. Hayes at Ohio Wesleyan University. At the time, Lucy was fourteen years old and Rutherford was twenty-three a 15 year age difference. Rutherford's mother was hopeful that the two would find a connection, but at this point Rutherford considered Lucy "not quite old enough to fall in love with."

Rutherford and Lucy Hayes on their wedding day: December 30, 1852.

In 1850, Rutherford's older sister Fanny Platt encouraged him to visit with Lucy again. That summer Lucy was 19, and she and Rutherford were members of the same wedding party. Rutherford was so taken with Lucy that he gave her the prize (a gold ring) that he had found in the wedding cake.

In 1851, Rutherford wrote in his diary, "I guess I am a great deal in love with L(ucy). ... Her low sweet voice ... her soft rich eyes." Rutherford also praised her intelligence and character, "She sees at a glance what others study upon, but will not, perhaps study what she is unable to see at a flash. She is a genuine woman, right from instinct and impulse rather than judgment and reflection."

After the couple became engaged, Lucy returned the wedding cake ring to Rutherford. He wore that ring for the rest of his life.

It was a small wedding that took place in Lucy's mothers home with only a small group of people and there was nothing said about the dress she was wearing but some interesting tidbits is that Lucy was the first Presidential wife that was called "the first Lady" Lucy Hayes was the first wife of a President to be widely referred to as the First Lady by the press, when Mary Clement Ammes referred to the "First Lady" in a newspaper column about the inauguration. Advances in printing technology meant that a wide audience saw sketches of the new First Lady from the 1877 inauguration.

At this time it was not the custom for a president's wife to have a staff of social assistants and, unlike some previous First Ladies, Lucy had no adult daughters to help shoulder the workload. Lucy depended on nieces, cousins, and daughters of friends to help with social events, and these young ladies also helped enliven the Hayes White house. Also unusual for the time, she had a college degree and bore 8 Children. 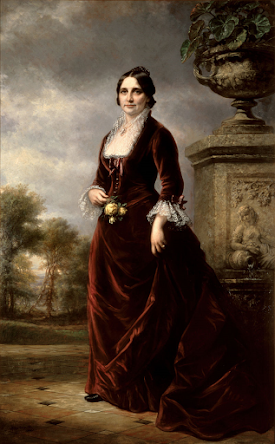 The most significant change made to the White House during Hayes' term were the installation of bathrooms with running water and the addition of a crude wall telephone. Lucy was the first First Lady to use a typewriter, a telephone, and a phonograph while in office, and was also the first to enjoy a permanent system of running water in the White House.

Lucy preferred to enlarge the greenhouse conservatories rather than to undertake extensive redecoration of the White House. The billiard-room, which connected the house with the conservatories, was converted into an attractive greenhouse and the billiard table consigned to the basement. Shuttered windows in the State Dining Room could be opened for dinner guests to look into the conservatories. Some Americans considered the billiard table as either a gambling device or a rich man's toy, and the Hayes were glad to get it out of sight. 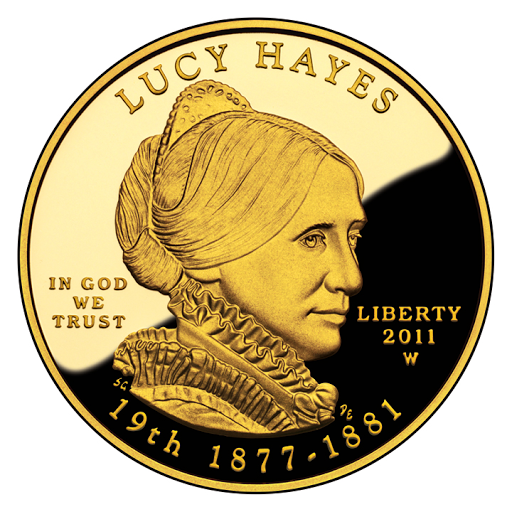 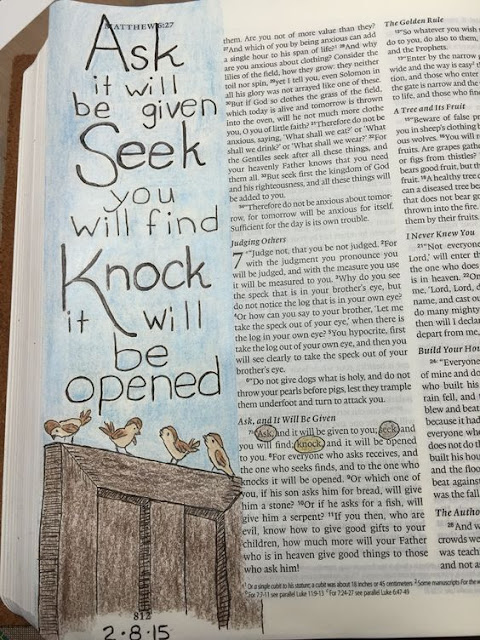 Did you know that a tiger has stripes under its fur and on it's skin? 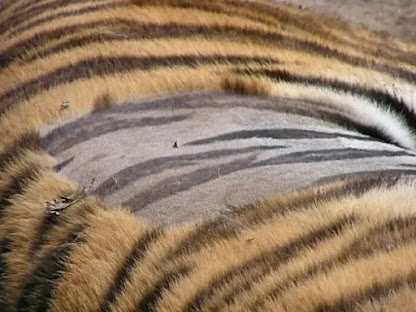