Hubby and I sing karaoke every Monday night and recently I chose this song because I so love the words....Here is a little bit of it....... It is sung by Brad Paisley and Dolly Parton


When I get where I'm going
On the far side of the sky.
The first thing that I'm going to do is spread my wings and fly.
I'm going to land beside a lion
and run my fingers through his mane.
Or I might find out, what it's like to ride a drop of rain. 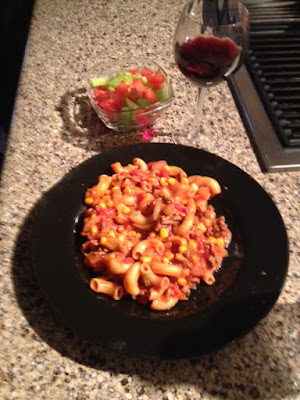 Old fashion hamburger goulash, cucumber and tomato and a glass of wine.
Posted by Changes in the wind at 6:55 AM 5 comments:


Be sure the chicken breast are evenly thin so they can cook evenly.
On a plate combine the dry ingredients and mix well. In a bowl combine the egg and milk and whisk them together.


Heat the oil in a frying pan as you are preparing the chicken.
Dip first in the egg mixture and then in the dry mixture.
Cook in hot oil 5-6 min. per side or until done. Set on paper towels or in a warm over while making the gravy.


Pour any excess oil out and add the butter and garlic and cook over med. heat.
Once the butter is melted add the flour and stir together until it makes a paste. Cook for about 2 min. and then add you chicken broth stirring till it thickens. 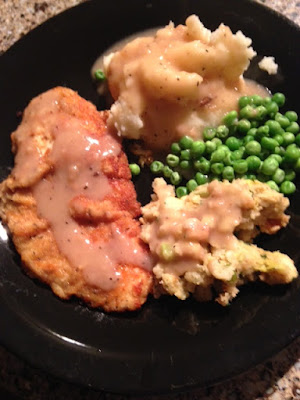 Served with homemade mashed potatoes, chicken dressing (from the freezer) and peas.
It is a keeper.... 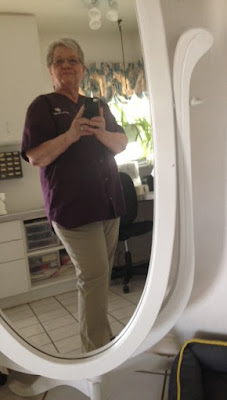 First day as a volunteer at one of my local hospitals.

Update: I am volunteering in the ICU so not so much fun but needed.

I served this with summer slaw from the Deli.


Serves 2
I served this with fried pot. and onions.


And now for the current dinner served last night. Let me say that this is one of those recipes that you need to get all the ingredients together before you start and it also is not a cheap dinner but is sure was good.


1 lb. med large shrimp, peeled and deveined
1 tbsp. Old Bay seasoning
1/2 tsp. salt
1 1/2 tbsp. olive oil
Rinse and drain shrimp and then mixed the seasonings and olive oil together in a bowl and set aside until you are about half way through making the sauce below and then place all in a pan over med. heat and cook on both sides until just done.


In a large skillet over med. heat melt the butter. Whisk in the flour and let it cook, stirring occasionally, for about a minute. Turn up the heat a little and stir in the half and half a little bit at a time until all thickened. Stir in all the other ingredients except the tortellini and stir until all the cheeses are melted and the spinach has begun to wilt slightly. Add the cooked tortellini and mixed until well covered.


Serve in a large bowl topping it with the cooked shrimp.
This serves 4 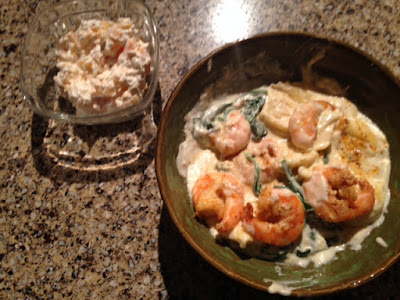 I served it with a fruit salad from the deli.
Posted by Changes in the wind at 5:39 AM 5 comments: 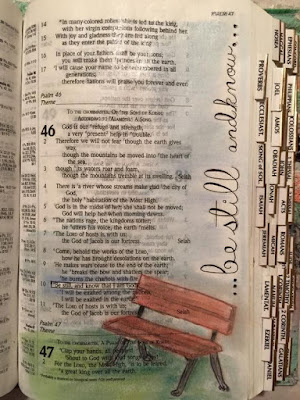 
In the heyday of barn advertising (around 1900-1940) many companies paid farmers to use their barns as roadside ads, with other tobacco products (such as "Beech Nut" tobacco) and local feed and grain stores being the most common, but Mail Pouch was the only product advertised in so widespread and consistent a manner in this fashion. 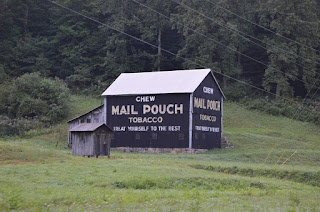 Initially, barn owners were paid between $1 and $2 a year for the advertisement, equivalent in 1913 dollars to about $20–$40 today, but more importantly, they received a much desired fresh coat of paint to preserve the integrity of the wood. Mail Pouch painted their message on one or two sides of the barn (depending on viewability from the roadway) and painted the other sides of the barn any color the owner wished. Many of the barns were repainted every few years to maintain the sharp colors of the lettering. 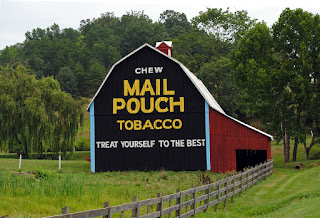 In 1992, the owner of Mail Pouch Tobacco at the time, Swisher International Group, decided to suspend the use of barn advertisements when Warrick retired 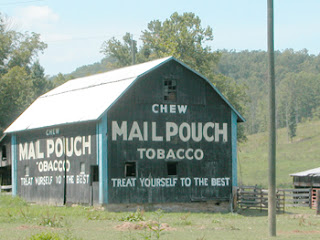 Happy New Year from my family to yours 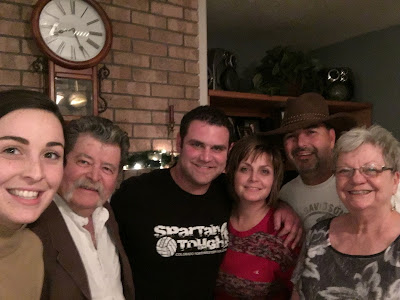