We had another storm come through Sat. afternoon. We were not home but came home to one of our trees down. Not a pretty sight..... 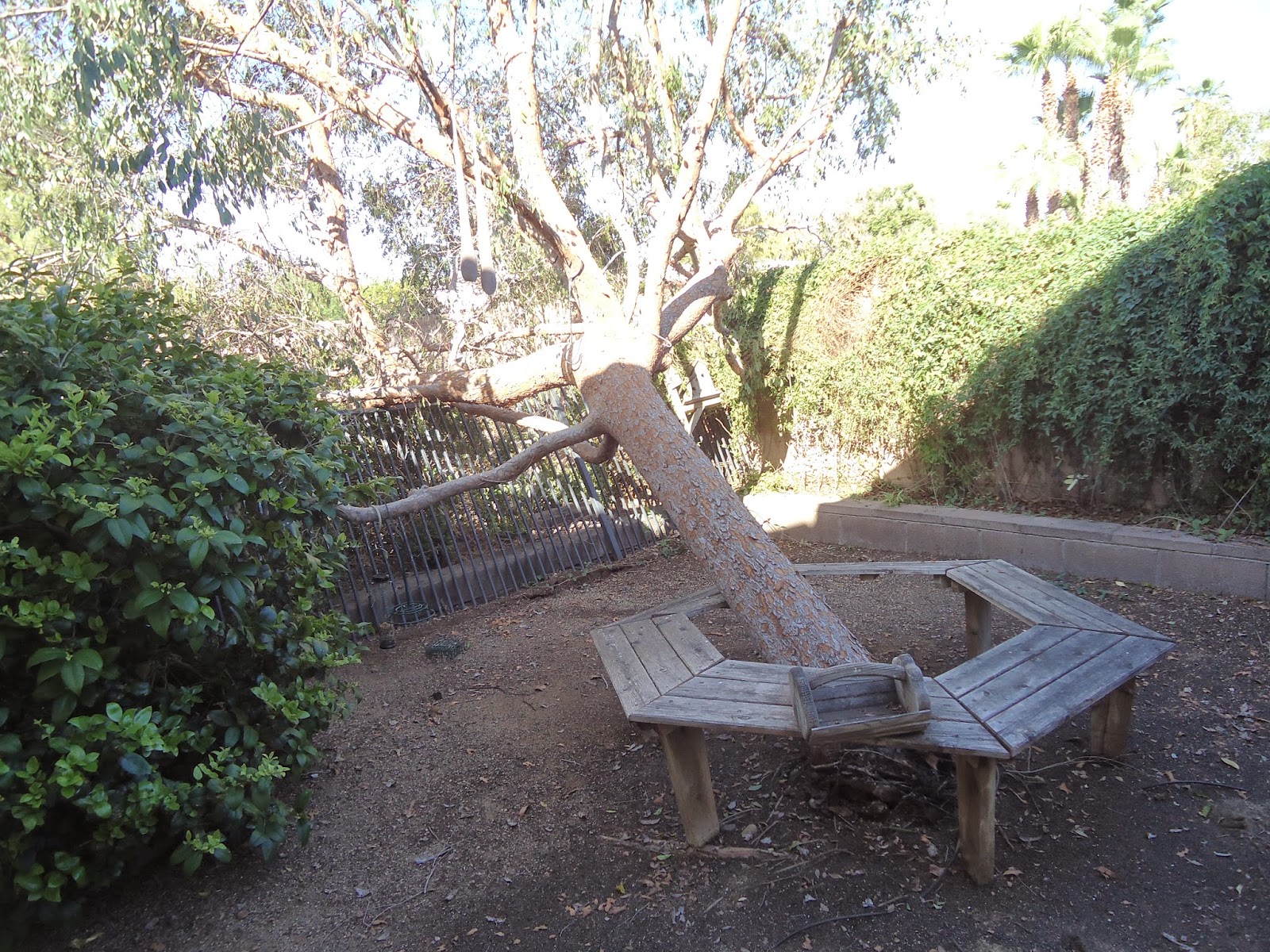 22 years ago we ran out in a storm and held on to it to keep it from getting blown over but we wouldn't have had a chance with this now 25 foot grown tree. 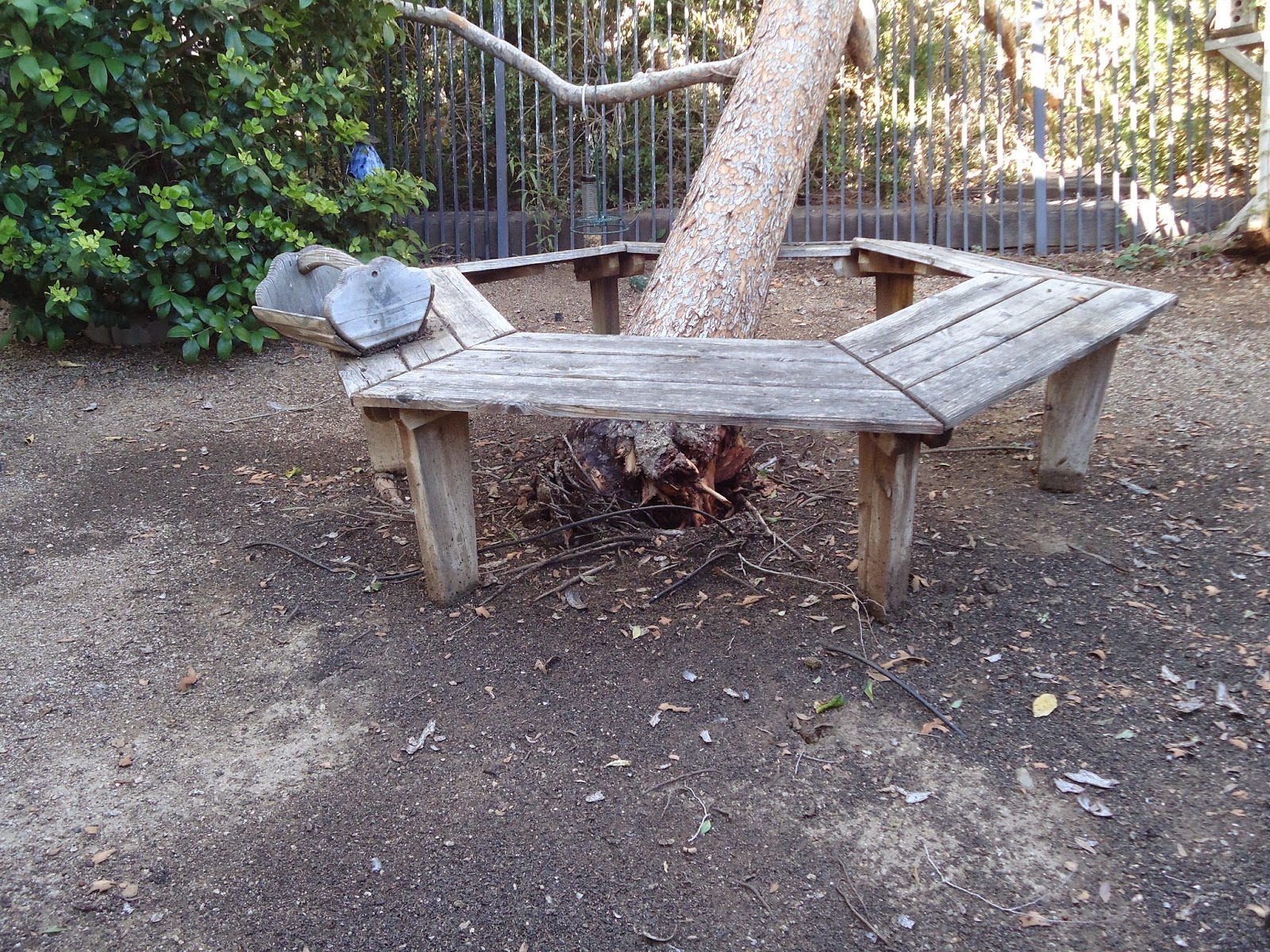 Even if it were possible to prop it up it would do not good as it snapped right at the ground.
Now the trick is to fine someone to remove it. 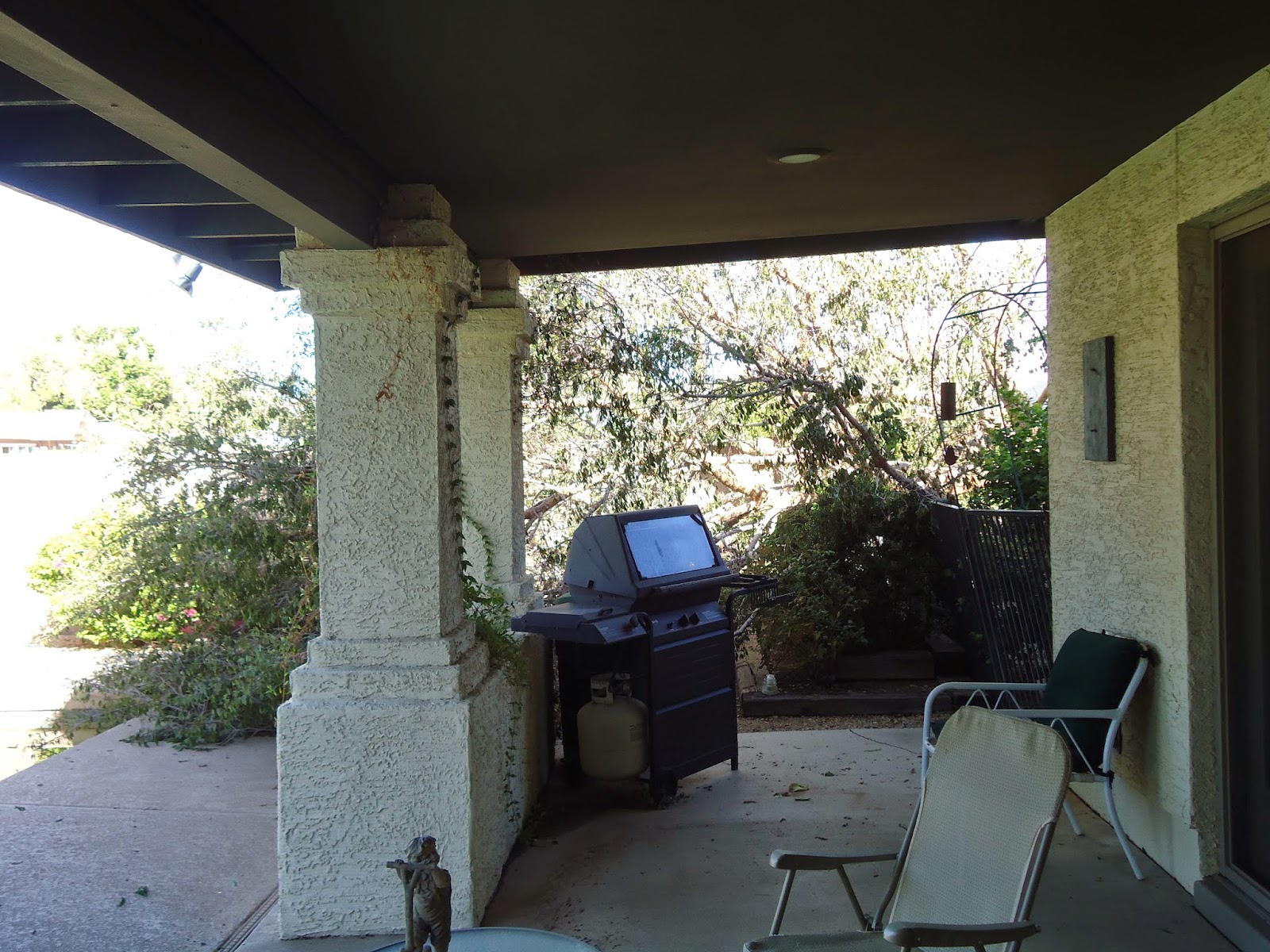 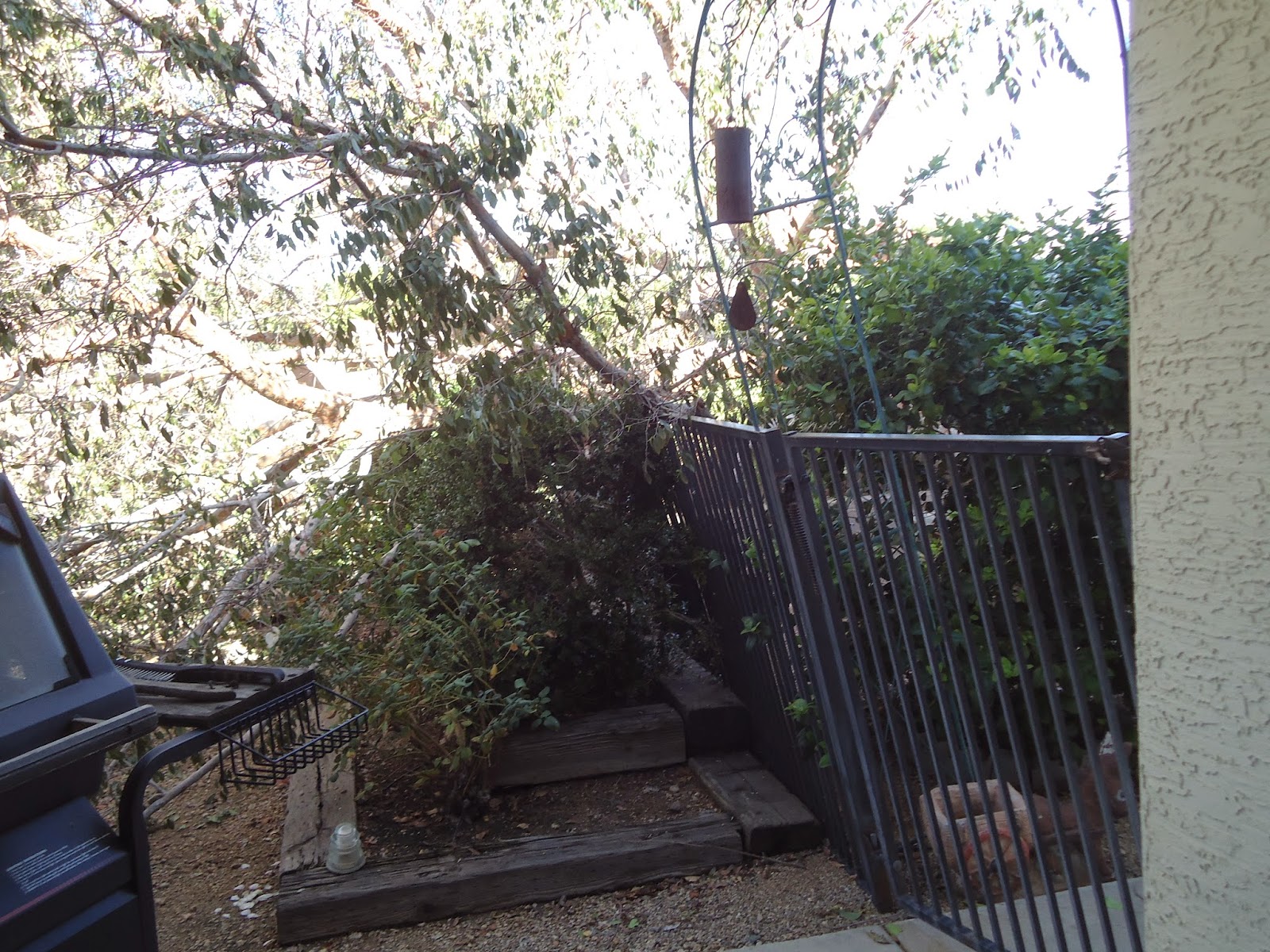 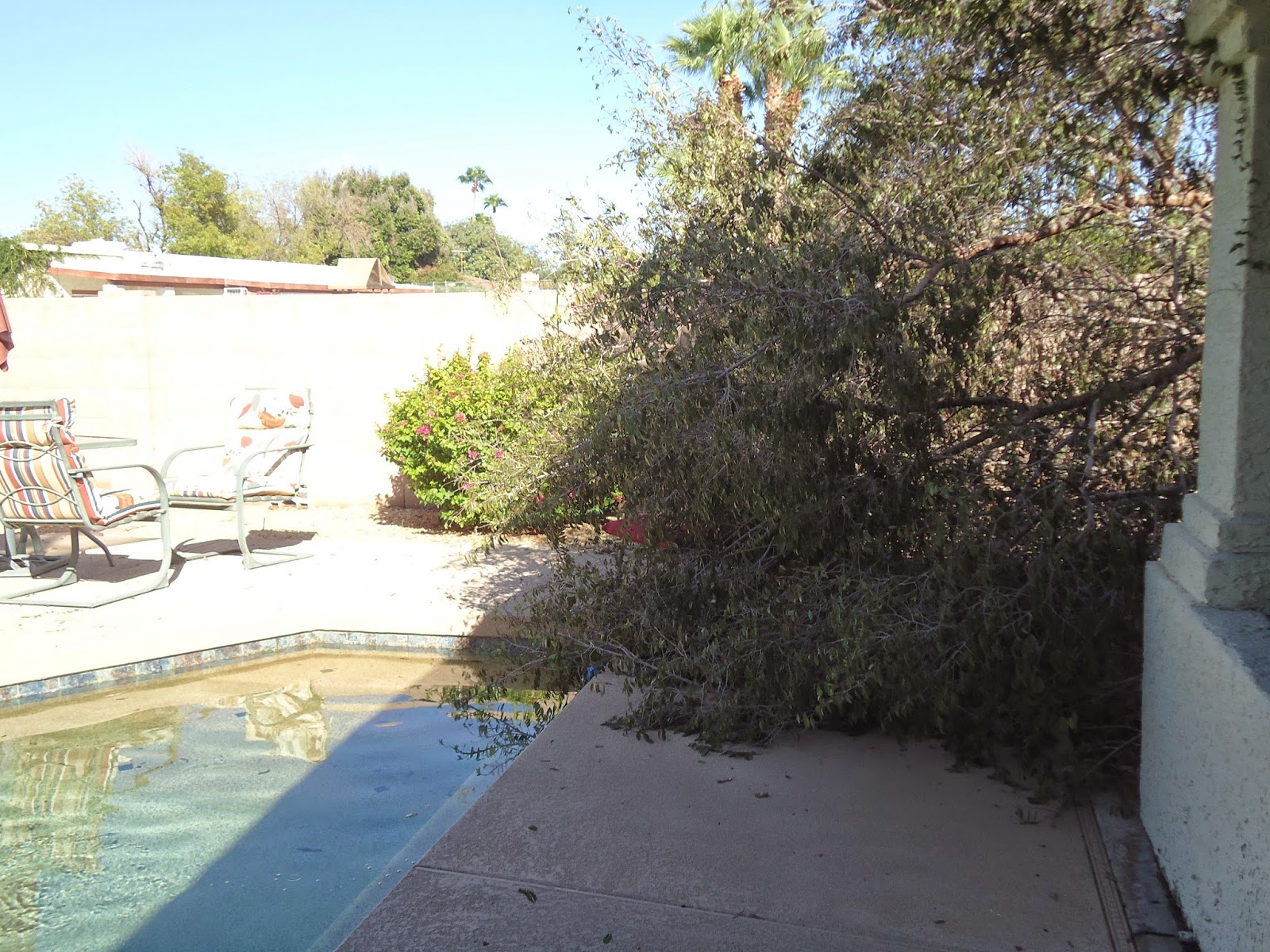 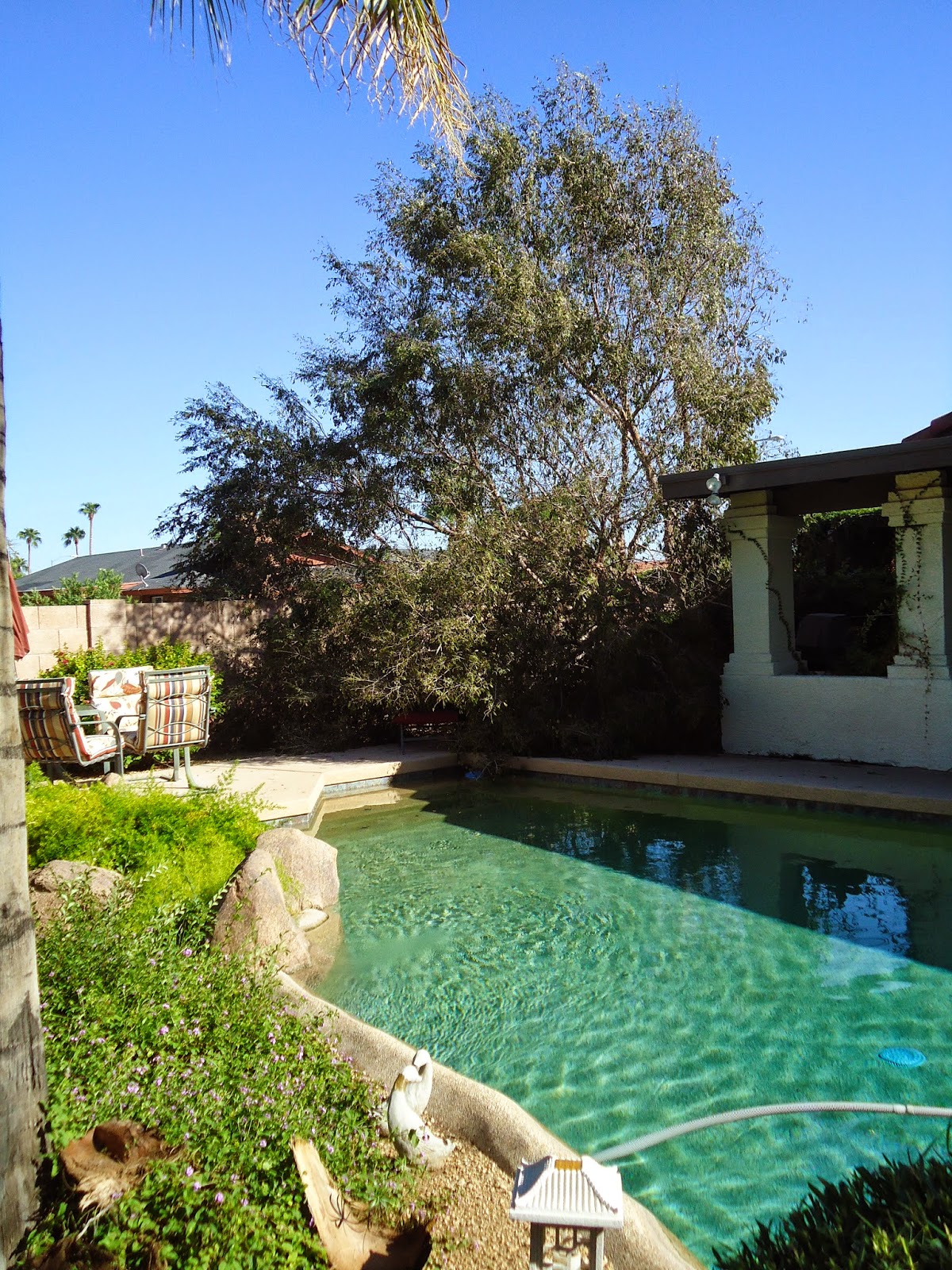 We drove around the neighborhood and saw a few much worse than ours. One had a huge tree fall across their drive way and land on two of their cars, one an antique and another had a huge tree fall into the front of the house and block the entrance and land on the roof. I sure don't know what kind of wind this was but it must have been a doozy. Poor dog and bird weathered it alone.
Posted by Changes in the wind at 3:54 PM 7 comments: 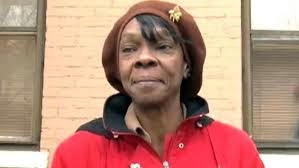 She was a Dem. Ohio poll worker who openly said she voted twice for Obama and she was recently tried and found guilty of voter fraud...
http://www.usatoday.com/story/news/nation/2013/07/17/cincinnati-illegal-voting/2530119/
Hopefully this is just the beginning and may I also say that I see no good reason not to follow the Mexican laws about voting since they are flooding into our country in droves.
Posted by Changes in the wind at 6:27 AM 4 comments:

As most of you know I like to listen to audio books while I knit and recently I listened to "Annie Oakley". I remembered there was a movie about her and that she was in the Buffalo Bill's show but really didn't know a lot. Here is some tidbits...She began her marksmanship as a young girl around 9 years old and brought home dinner to the family only to later sell the surplus she bagged to the local store and totally support her family. No one taught her to shoot but somehow she had this amazing gift. 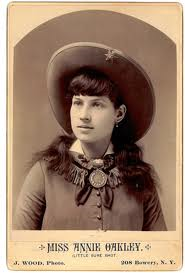 She entered a Thanksgiving shooting competition in 1875 and beat a top shooter and vaudeville performer by the name of Frank Butler. He was smitten with her and they married and toured the country with him letting her become the star and he the manager. A union that spanned more than a half a century and led them all over the world. 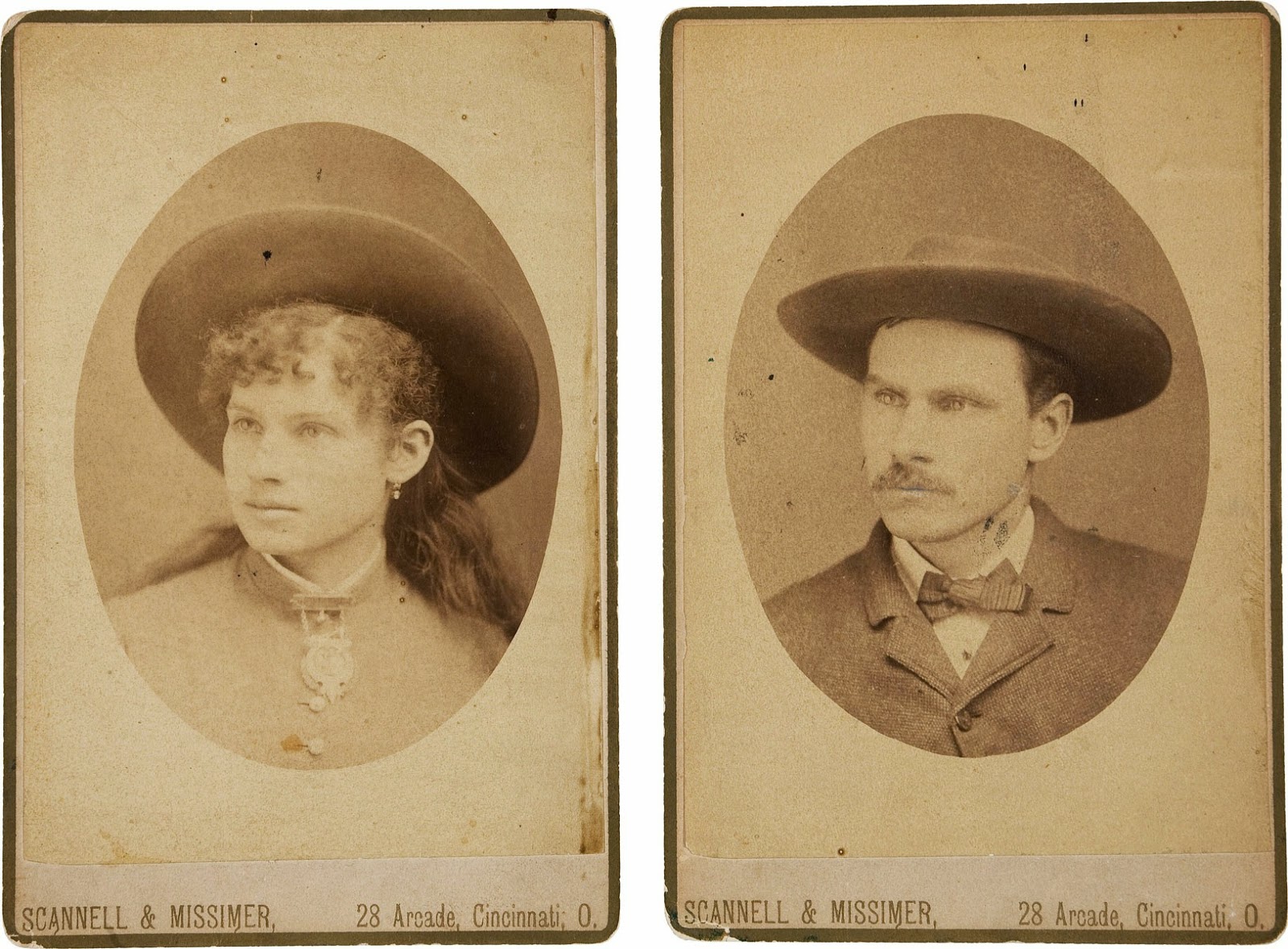 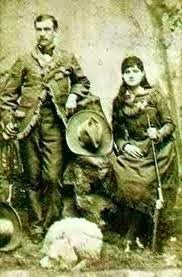 After Annie met  "Sitting Bull" in 1884 he was so impressed with her abilities that he adopted her and gave her the name "Little Sure Shot" which followed her the rest of her life. 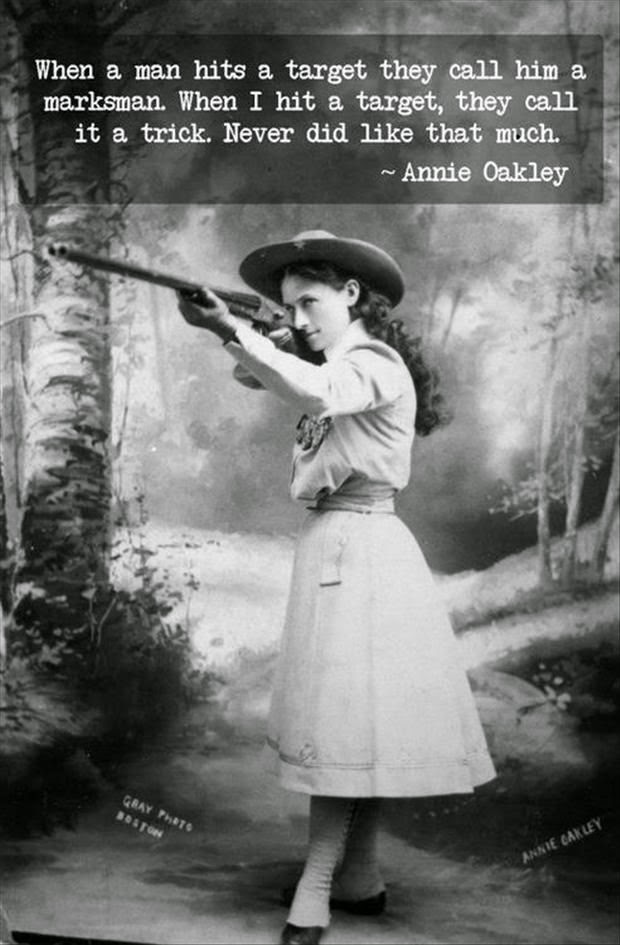 Petite in stature with thick chestnut colored hair she stood out from the crowd and once they saw here shoot they were totaled enthralled. She became a true star and was known world wide. She had never had the opportunity to go to school while living at home so that was a big pursuit when she was not in shows and she excelled in every area.

At the end of a long career and returning home from overseas, she was severely injured in a train accident upon which her hair turned white overnight and required several surgeries to heal. She had planned on retiring just prior to the accident but wanted to see if she could still do it and there she was in her 60's still shooting. 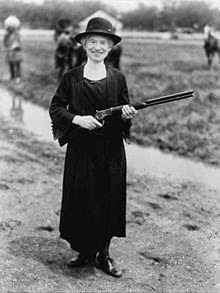 She continued to set records even in 1924 after a bad car accident they left her with a brace on her leg but in 1925 she began to decline and died on Nov. 3, 1926. Butler was so grieved by her death that he stopped eating and died 18 days later. 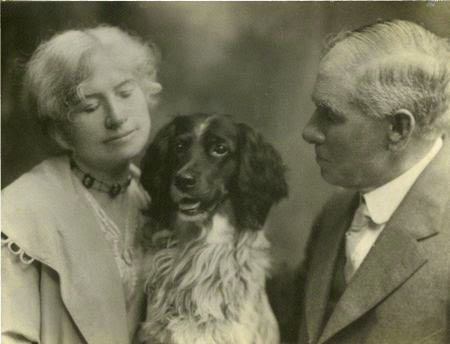 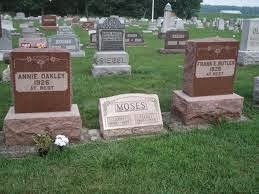 The book was okay and led me to do more research of which I have shared.

Not a happy ending

A while back I posted about knitting this top for myself... 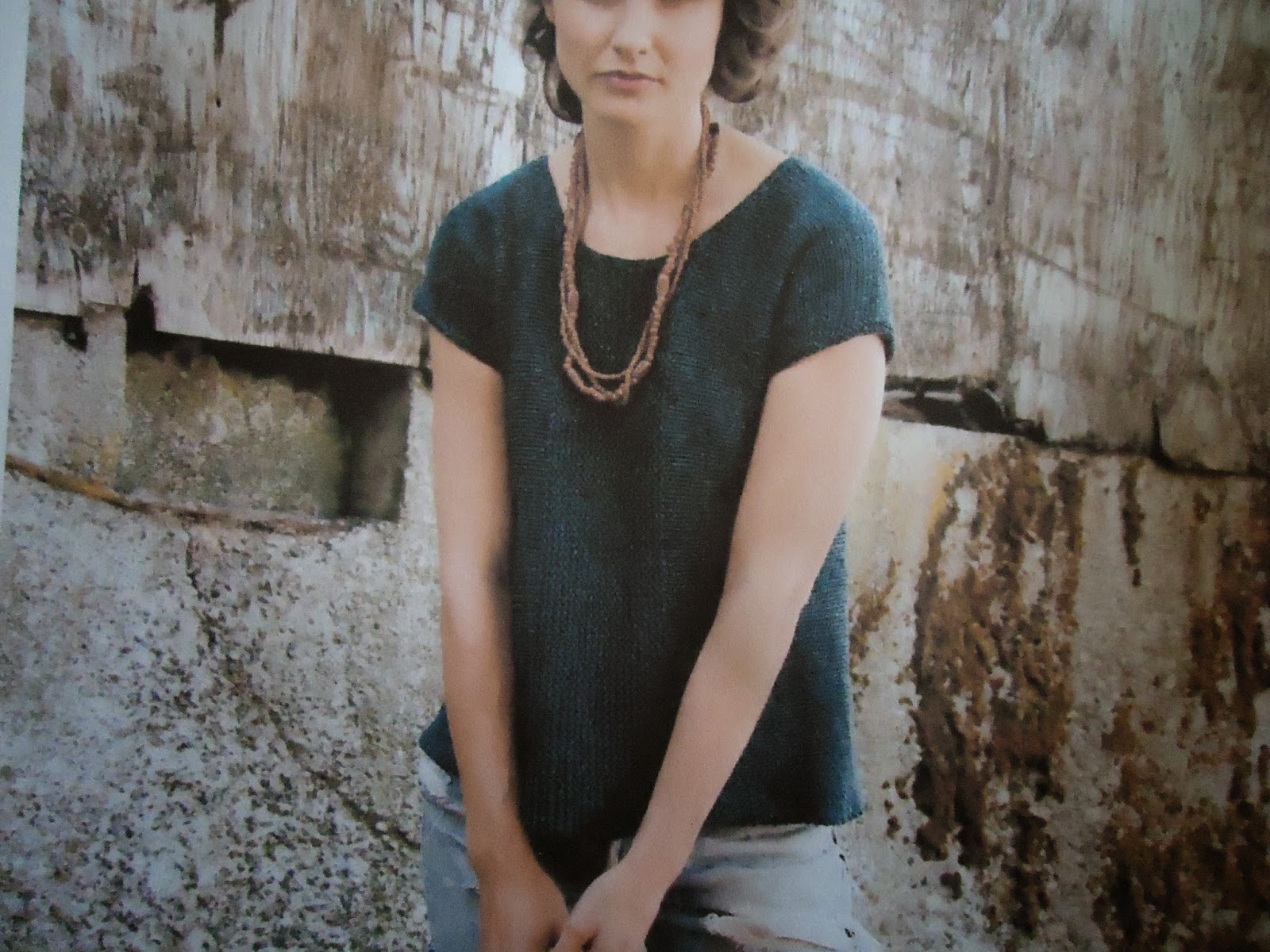 Well, I got it 3/4 done and guess what? I ran out of yarn! I bought the yarn online so there is no way to get more to match and it was turning out good too. Well, after fuming I finally figured out the problem. The pattern called for (7) 50g skeins which is what I bought. Little did I know that the amount of yardage would vary in 50g skeins. The pattern called for 105 yds. per skein and what I bought has 94 yds. per skein. I just assumed I had to pay attention to the amount of skeins not the yardage. Big lesson for me. Well at least I know I like the pattern and maybe I will give it another go later but I am not going to waste this yarn so maybe I might be able to get a couple of shrugs out of it....We will see. Sure hurt to frog all my hard work:(
Posted by Changes in the wind at 7:17 AM 3 comments:

If you watched the news you know that the Phoenix area had a day of record rain. 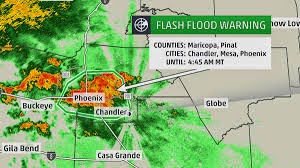 It doesn't take a lot to leave our streets flooded but this was unbelievable.... 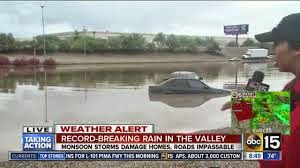 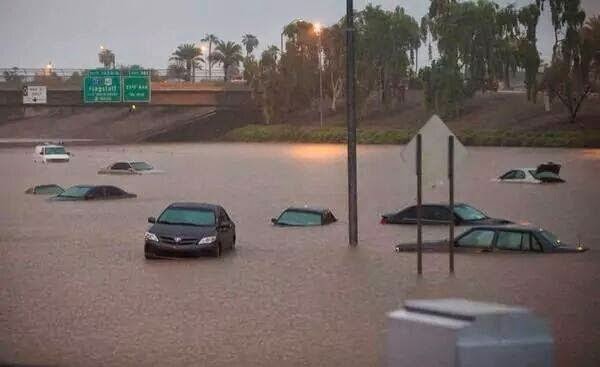 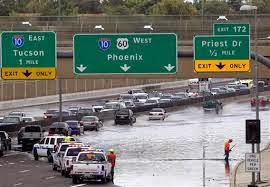 I must say that I am so thankful that I did not have to get out in it and try to drive anywhere but even here at home it left it's calling card. 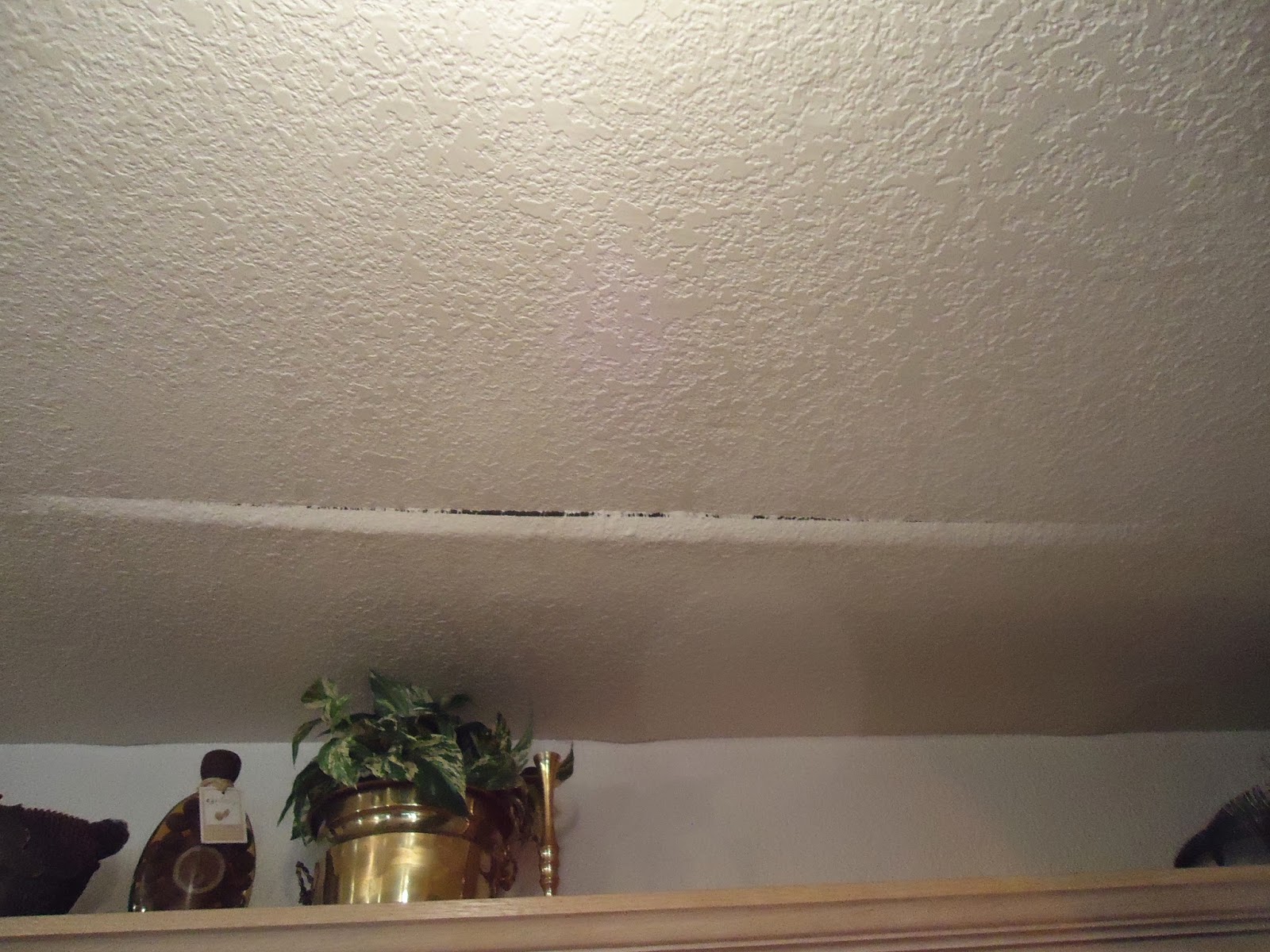 ceiling in the kitchen 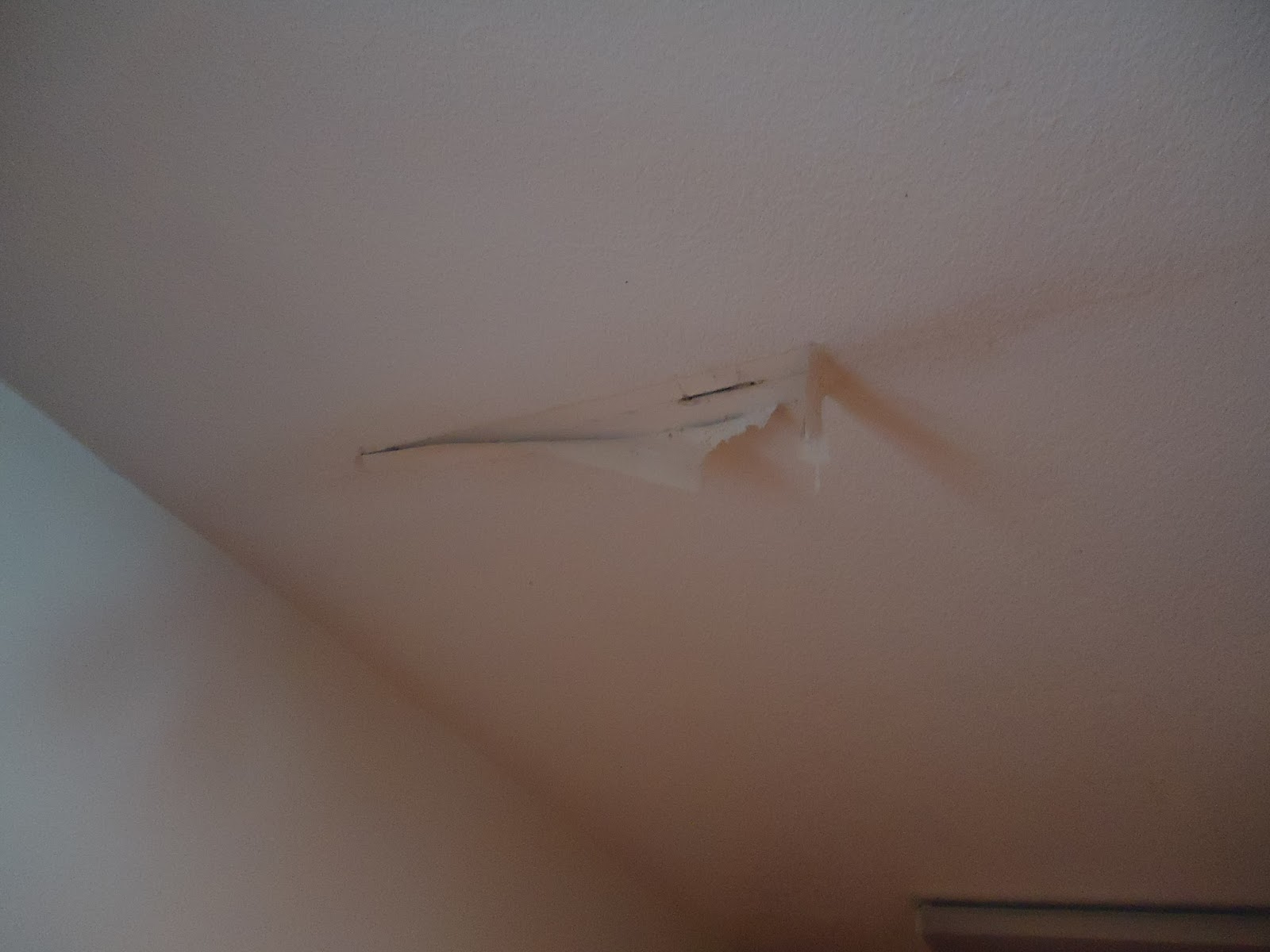 ceiling in the gun room
But it also left us with this unbelievable harvest moon!! 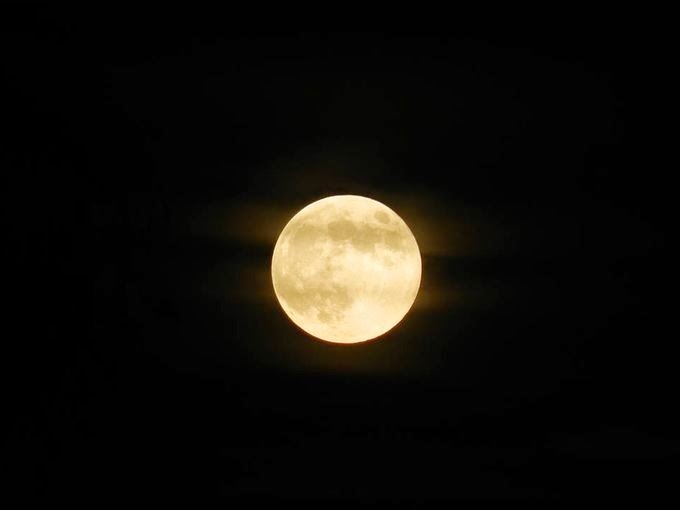 It shines so bright can see like it is daytime in the early mornings.
Posted by Changes in the wind at 8:15 AM 3 comments: