Why is there a piggy bank? 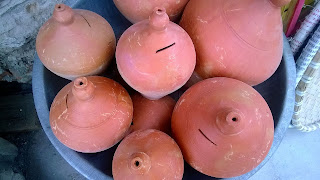 A popular theory is that, in fact, the original piggy bank had absolutely nothing to do with a pig! In the Middle Ages, when metal was expensive, an inexpensive, orange colored clay, called pygg, was the common media for making pots and jars, and was referred to as a pygg jar, for example. One of these jars was often used to hold coins. Eventually, the pygg jar or pygg bank used for coins, surely accidentally, became known as a pig bank or piggy bank! The general consensus is that this evolution transpired a few hundred years ago in England when crafters were hired to make pygg banks and not being familiar with pygg they made pig shaped banks. 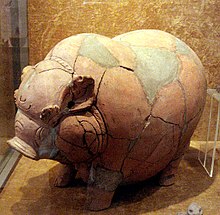 The oldest recorded piggy bank in the shape of a pig is claimed to be 1500 years old from Indonesia. If this is so, it precedes the pygg theory by around 1000 years!


The modern piggy bank, whether made from ceramics, plastic, or metal, has been a very popular collector’s item and gift for children due to its appealing and humorous appearance. In addition to the smile or chuckle we experience each time we drop some change into our piggy bank let us be reminded by the lesson it teaches us! Piggy banks of old didn't have a plunger on the bottom so you could easily remove the coins, you would have to break the bank to get them but the famous phrase “break the bank”, has nothing to do with the piggy bank!

This is my hubby's piggy bank from when he was a little boy and it too doesn't have a plunger and there is a little coin yet in there. 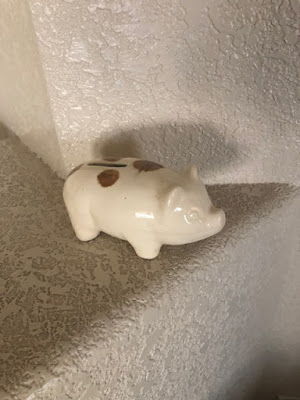 This is a bank my folks had and it is not a pig but a snoopy dog. 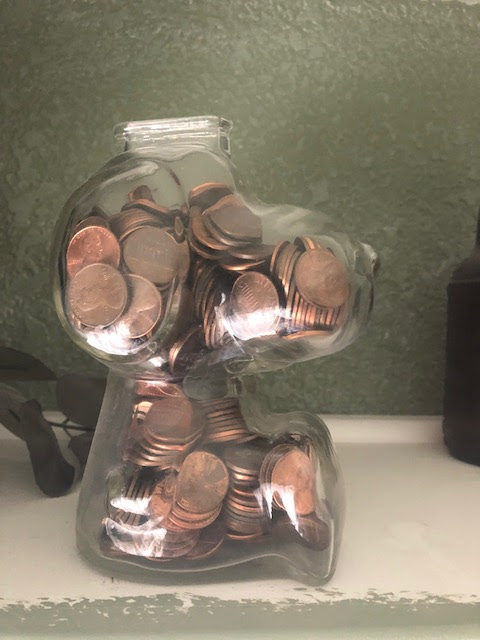 Never had the heart to break it so it sits and collects dust.


My hubby doesn't like to carry dimes, nickle's or penny's so he puts them in this little bank 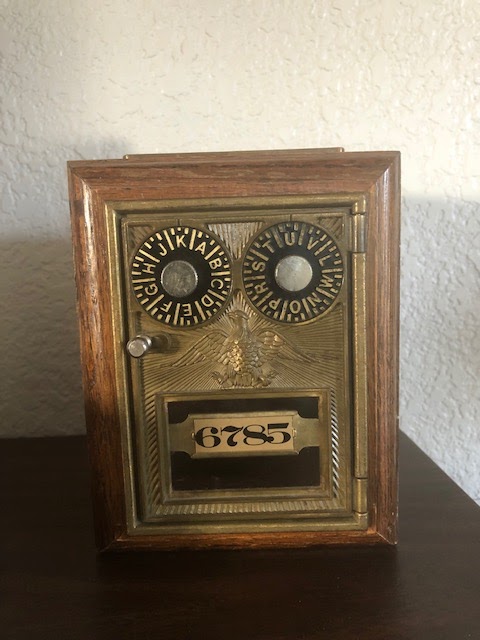 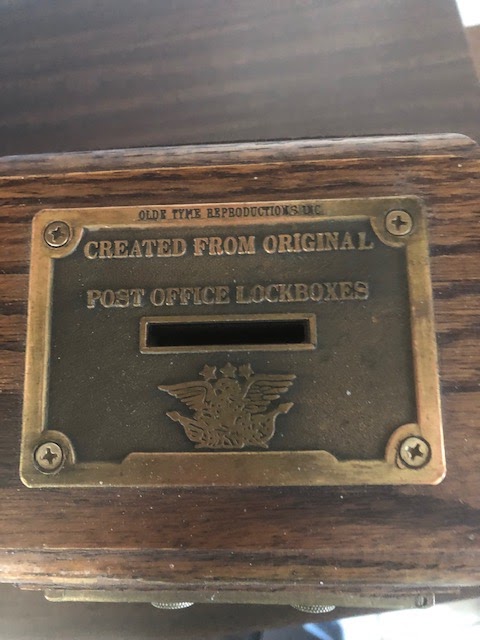 And right now it is nearly empty 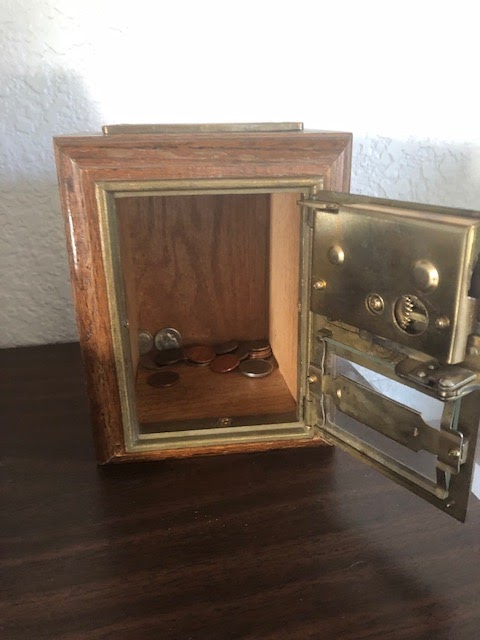 "A penny saved is a penny earned"
Posted by Changes in the wind at 6:30 AM 5 comments: 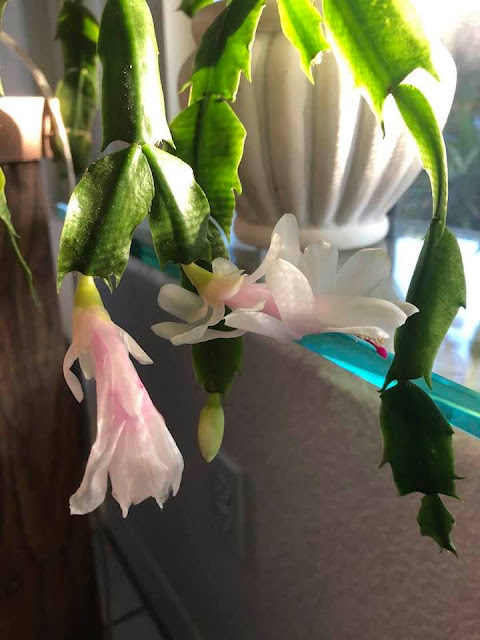 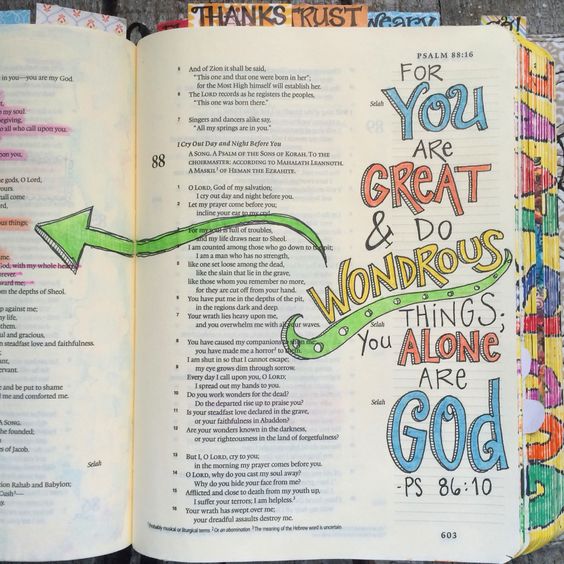 A friend of mine took this picture this morning of this amazing moon! 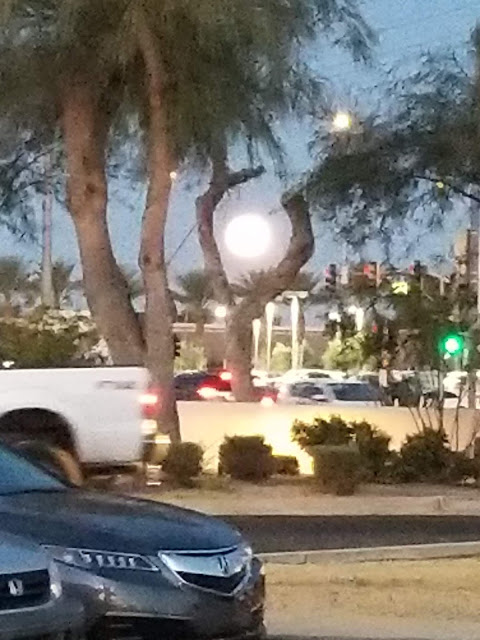 A masterpiece from the Master....
Posted by Changes in the wind at 8:27 AM 6 comments:

Female hippos have a gestation period of eight months and have only one baby at a time, according to the San Diego Zoo. At birth, the calf weighs between 50 and 110 lbs. (23 to 50 kg). For its first eight months, the calf nurses while its mother is on land, or it swims underwater to suckle. When it dives, the calf closes its nose and ears to block out water. All hippos have this ability. Hippos also have membranes that cover and protect their eyes while they are underwater. 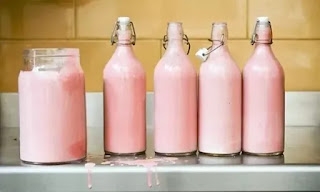 This is a picture of hippo milk...it is pink!

Was surprised to learn that at 5 to 7 years old, the hippo calf is fully mature, according to the San Diego Zoo and the median life expectancy of a hippo is 36 years. 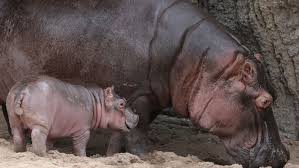 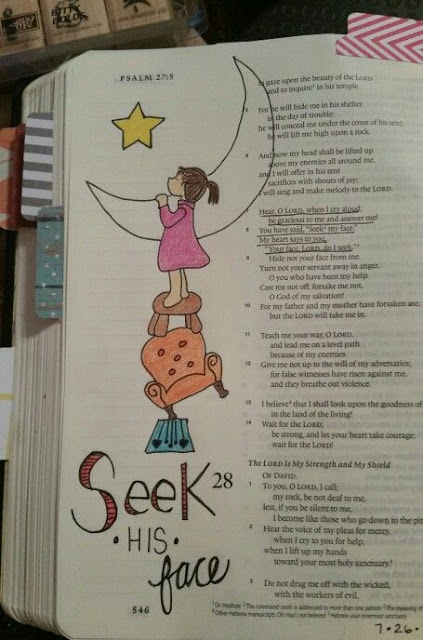 A great way to start the new year!
Posted by Changes in the wind at 6:00 AM 6 comments: