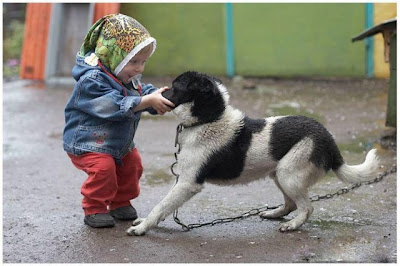 They think it is just a game and we are but babies all while our country crumbles. 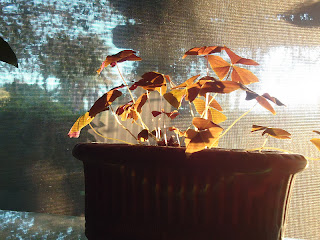 The glory of sunshine 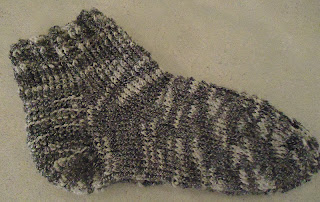 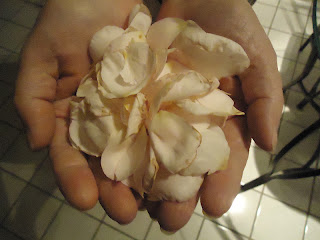 A handful of rose pedals 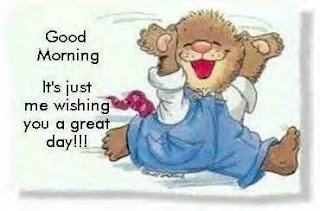 Happy after Thanksgiving and hoping you survived BlackFriday
Posted by Changes in the wind at 5:23 AM 7 comments:

Labels: This and That 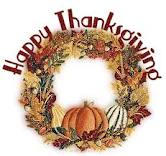 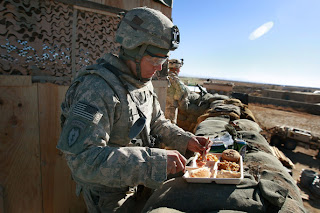 and not forget those who protect.
I wish you all a wonderful Thanksgiving!
Posted by Changes in the wind at 5:41 AM 9 comments:

I am one of those people that  eat lunch alone everyday and it is hard to have fresh items on hand but I have found a way to make things a little better......
There is a web site called minimus and they have all sorts of food, toiletry's and etc. in small packages.  I buy salad dressings  and small bags of croutons and  keep them on hand. Then when I want to make myself a salad all I need is the lettuce and tomato and what ever else I would like. 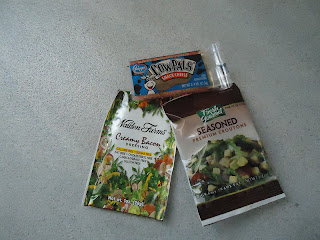 Cowpals cheese is just the right amount to shred on top of chili or salads and green onions and bell pepper can be frozen and sprinkled on top.
Posted by Changes in the wind at 10:50 AM 7 comments:

Just a little hoo hoo in the night and a head that swivels all the way around?

Check out the wing control and concentration shown on this amazing video....Get ready, you are the target!
http://www.dogwork.com/owfo8/
Posted by Changes in the wind at 8:48 AM 7 comments:

In the , the informal political term "czar" or "tsar" is employed in media and popular usage to refer to high-level officials who oversee a particular policy.

Number of czars per administration

The listing of Czars for President Obama that includes salary (most do not) range from.....

Faith-Based Czar * – Joshua DuBois
Title: Director of the Office of Faith Based and Neighborhood Partnerships
Salary: $98,000
Reports to: President Obama
Appointed: February 2009
Department that might have handled similar issues: Health and Human Services

I wonder what the job description is for a Czar?
Why did we start out with 11 and end up with 38 when several Presidents in between had only 1 or 2?
Most are appointed and not confirmed by congress. How are the funds for these salaries appropriated? If the government had a budget (ha ha ha) how in the world would they be able to know how much money to set aside for this expense if it seems to vary like this? 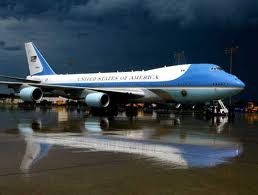 Here is a report from the government of travel for out of country travel for President Clinton.

The estimated incremental costs of  President Clinton’s trips to Africa, Chile, and China were at least
$42.8 million, $10.5 million, and $18.8 million, respectively. The largest of
these costs consisted of (1) operating expenses of the President’s aircraft
and other military passenger and cargo aircraft; (2) travel expenses,
including lodging for the travelers; and (3) telecommunications, vehicle,
and other equipment rentals and procurement in the countries visited.
These estimates exclude (1) Secret Service expenses, which are classified;
(2) regular salaries and benefits of U.S. government civil and military
travelers; and (3) agency planning expenses that may have been incurred in
preparing to travel.
The executive branch does not have a single system to account for the cost
of presidential travel overseas, and the agencies involved use a variety of
means to account for expenses. The Department of State routinely
accounts for travel, equipment rental, and other costs to support
presidential travel. Other agencies that incurred costs in support of the
Africa, Chile, and China trips had records available on their costs as well.


These were costs in 2001 market, not today's. This is a list of visits President Obama has made so far to other countries and how many times.....He is definitely the new record winner. 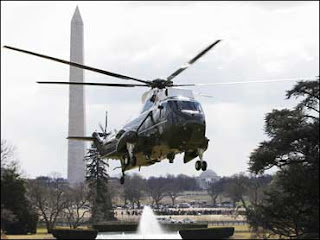 This does not reflect how much travel has been done within the U.S.
Here is the travel that was done by Presicent Obama from Aug. to Dec. 2010

Seems impossible right? Well remember that there is no airport parking needed, no ticket counter lines, no metal detectors and a whole lot more than peanuts!

Air Force1 is the most magnificent plane ever.........
Capable of refueling midair, Air Force One has unlimited range and can carry the President wherever he needs to travel. The onboard electronics are hardened to protect against an electromagnetic pulse, and Air Force One is equipped with advanced secure communications equipment, allowing the aircraft to function as a mobile command center in the event of an attack on the United States.

Inside, the President and his travel companions enjoy 4,000 square feet of floor space on three levels, including an extensive suite for the President that features a large office, lavatory, and conference room. Air Force One includes a medical suite that can function as an operating room, and a doctor is permanently on board. The plane’s two food preparation galleys can feed 100 people at a time.

Air Force One also has quarters for those who accompany the President, including senior advisors, Secret Service officers, traveling press, and other guests. Several cargo planes typically fly ahead of Air Force One to provide the President with services needed in remote locations.

The problem is....it costs a lot of money to fly Air Force 1. How much money is allotted for Presidential travel?  Oh that's right....we don't have a balanced budget....just a blank check.


Well, if you hadn't already figured it out I am a little hot under the collar and let me tell you, I may not be the sharpest knife in the drawer, but I think I could find something to cut other than our military! 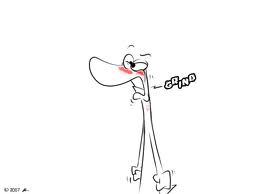 A little over a month ago I bought a little plant at the drug store. It was one of those little potted things that looked kind of sad with broken stems but It was a plant I have wanted for a while and it was cheap soooooooooo I bought it.
Well, I planted it in pot and found a spot to put it and look at it now! 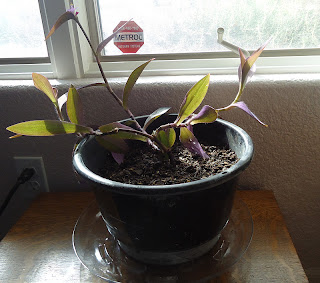 Well, so okay, it is one of the easiest plants to grow and it is very aggressive but you have to admit this Wandering Jew is pretty with it purple under leaves... 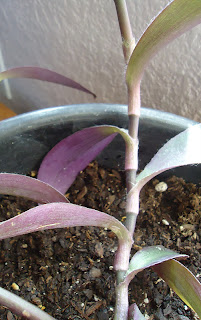 and what a little gift, this bloom.... 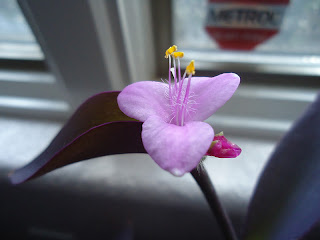 I call this a happy plant.
Posted by Changes in the wind at 6:34 AM 10 comments: 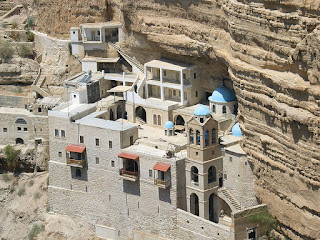 Daily Photo Stream posted a picture similar to this a while back and of course I had to research it......

St.George's Monastery is an ancient retreat hollowed out of the sheer rock wall in the deep and narrow Wadi Qelt gorge. The monastery was founded in 480CE around a cluster of caves where, according to tradition, St. Joachim learned from an angel that Anne, his sterile wife and mother-to-be of the Virgin Mary, had conceived.

In 614CE invading Persians massacred the monks and destroyed the monastery. It was partially reoccupied by the Crusaders in the Middle Ages but only fully restored at the end of the 19th century. Some attractive 6th-century mosaics remain, and there is a Crusader-era church with a shrine containing the skulls of the martyred monks. 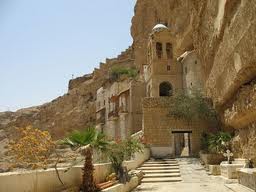 The sixth-century cliff-hanging complex, with its ancient chapel and gardens, is active and inhabited by Greek Orthodox monks. 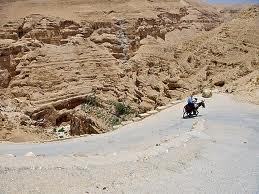 It is reached by a pedestrian bridge across the Wadi Qelt, which many imagine to be Psalm 23's Valley of the Shadow, and where shepherds still watch over their flocks, just as Ezekiel 34 and John 10:1-16 describe. The valley parallels the old Roman road to Jericho, the backdrop for the parable of the Good Samaritan (Luke 10:29-37). 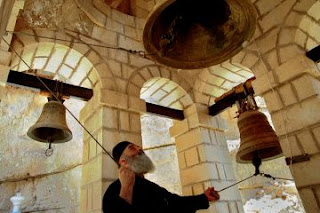 The ringing of the bells at the monastery..... 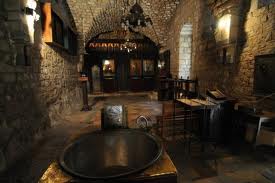 The monastery is open to pilgrims and visitors.