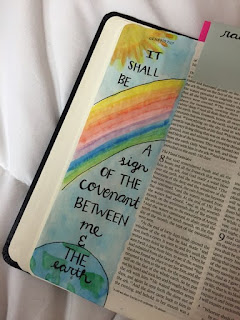 They used to use urine to tan animal skins, so families used to all pee in a pot. Once a day it was taken and sold to the tannery.
If you had to do this to survive, you were “piss poor.”


But worse than that were the really poor folks who couldn’t even afford to buy a pot. They “didn’t have a pot to piss in” and were considered the lowest of the low.


The floor was dirt. Only the wealthy had something other than dirt. Hence the term, “dirt poor.”


The wealthy had slate floors that would get slippery in the winter when wet, so they spread thresh (straw) on the floor to help keep their footing.
As the winter wore on, they added more thresh until, when you opened the door, it would all start slipping outside. A piece of wood was placed in the entrance-way.
Hence, “a thresh hold.”


Bread was divided according to status. Workers got the burnt bottom of the loaf, the family got the middle, and guests got the top, or the “upper crust.”


Lead cups were used to drink ale or whisky. The combination would sometimes knock the imbibers out for a couple of days.
Someone walking along the road would take them for dead and prepare them for burial.
They were laid out on the kitchen table for a couple of days and the family would gather around and eat and drink and wait and see if they would wake up.
Hence the custom of holding a “wake.”

Labels: Fun, This and That

Wanted to hurry and post this recipe I used this past week because I know there are some of you enjoying home grown tomatoes and this is awesome!!


Now as most of you know it is just me and hubby so I sliced the tomato as recommended and then just spread the mayo on them and sprinkled on everything else because I only used 1 large tomato. We will be eating this again:)      Also....... 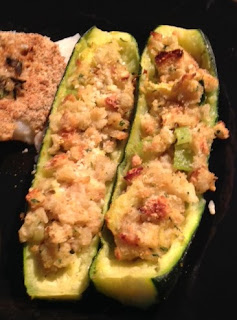 This is my recipe idea that I also cooked....Two med.  zucchinis cooked in the microwave like a baked pot. with ends cut off and punctured. Cook until tender. Meanwhile sauté green onions and celery in the amount of butter that is recommended on a box of chicken stuffing mix. Slice the zucchinis and scoop out the insides and add to the butter/onion mixture. Add the recommended water and stuffing and let sit until all the water is absorbed. Then fill the zucchini shells and sprinkle with parmesan cheese and bake or broil until all is hot.
Note: I used the whole box of the stuffing and froze what I didn't use for a up coming recipe  "Stuffed flank steak". 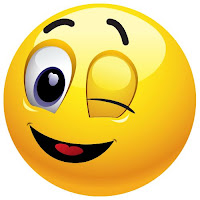 I cooked "Open face chicken cordon bleu" for dinner last night but changed the recipe a bit.
First off I used only one chicken breast for the two of us and pounded it out to make it equal in thickness. Then drenched it in flour with salt and pepper before browning it on one side in butter in my frying pan. After turning it over I put the ham and then cheese on top and removed the pan covered from the burner and let it sit until the cheese melted. Was great!! No need to heat up the oven as it said to do since the meat was thinner and cooked quicker. 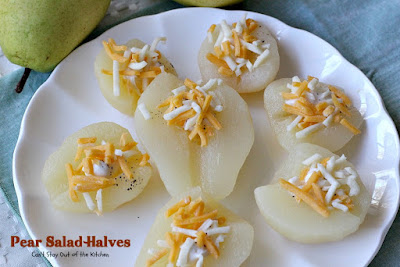 It was very simple....canned pears, pepper, a small amount of miracle whip and cheese.
I didn't care for the miracle whip but did like the rest of it and it was a quick little side with all of it chilled ahead of time.

Also found a great lunch idea:
1 pkg. ramen noodle (flavor of your choice) with the seasoning packet.
1 pkg, frozen stir fry vegetables.
Bring two cups of water to a boil and add the above. Cook until veg. are tender and add soy sauce to taste. Yum!
Posted by Changes in the wind at 7:32 AM 5 comments: 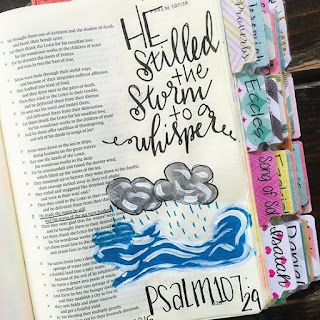 Alexander Graham Bell wrote "When one door closes, another opens"


I have found that to be true in my life. As most of you know I knitted for "Babies in need" for a long time and the chapter here in my area closed so was in a turmoil as to what to do. I sold a few items on ebay but just didn't like it. I suddenly remembered a conversation I had with my daughter a few years ago and she talked about her friend having her mom in a rest home that was limited on many things so I decided to use up a lot of my yarn (not baby) and make slippers and lapghans and etc.  Here are a few that have been either knitted or crocheted... 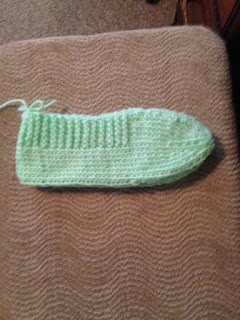 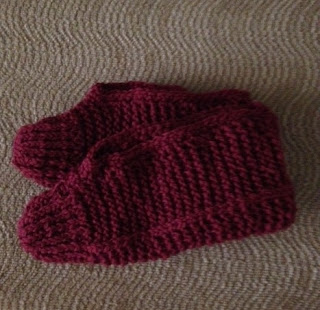 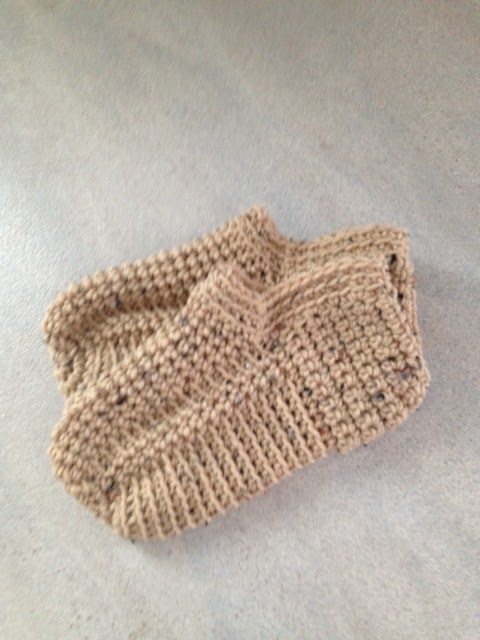 and I used all kinds of scraps to make this lapghan

This is folded in half...

It has also come to my attention that care centers for dementia patients need twiddle muffs...
sample from Ravely: 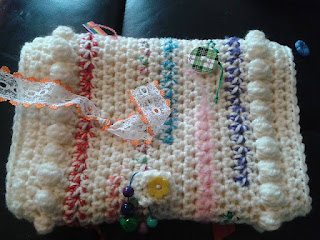 and will try to make us some of these as well. Love being able to make things with just a little yarn.
Posted by Changes in the wind at 10:11 AM 6 comments: