Not just any recipes but those from my very own cookbook so they will be simple and practical and maybe some you might like to give a try. There may be one or two that I take from the internet because I do not have one that will match the current letter but I will note that if it happens and it will be one that I think I would like to try.

There will be a new post everyday in the month of April with the exception of Sundays.
There is still time if you would like to join in just click here and start creating!
Posted by Changes in the wind at 6:48 AM 5 comments:

Hallelujah!!
Posted by Changes in the wind at 6:00 AM 5 comments:

I loved this article and hope you enjoy it as well.

The principle use of Grandma's apron was to protect the dress underneath, but along with that, it served as a holder for removing hot pans from the oven.

It was wonderful for drying children's tears, and on occasion was even used for cleaning out dirty ears.

From the chicken-coop, the apron was used for carrying eggs, fussy chicks, and sometimes half-hatched eggs to be finished in the warming oven.

When company came, those aprons were ideal hiding places for shy kids. And when the weather was cold, grandma wrapped it around her arms. Those big old aprons wiped many a perspiring brow, bent over the hot wood stove.

Chips and kindling wood were brought into the kitchen in that apron. From the garden, it carried all sorts of vegetables. After the peas had been shelled, it carried out the hulls. In the fall, the apron was used to bring in apples that had fallen from the trees.

When unexpected company drove up the road, it was surprising how much furniture that old apron could dust in a matter of seconds.

When dinner was ready, Grandma walked out onto the porch, waved her apron, and the men knew it was time to come in from the fields to dinner.

It will be a long time before someone invents something that will replace that "old-time apron" that served so many purposes.

http://www.suddenlysenior.com
Posted by Changes in the wind at 9:20 AM 4 comments:

Well, you could mark it up to boredom but indulgence might be a better fit but at any rate last Saturday hubby and I drove 45 miles to Rock Springs for breakfast. This place is in the middle of no where and yet we had a 15 minute wait to be seated so I took some pictures while I waited. Next door is their bar and I found these there. 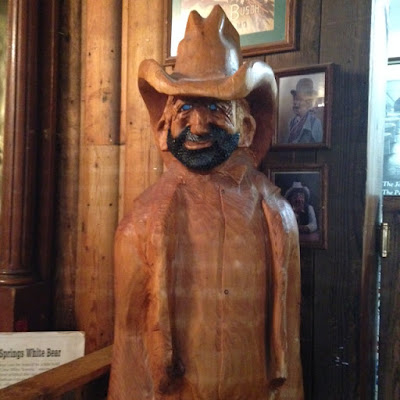 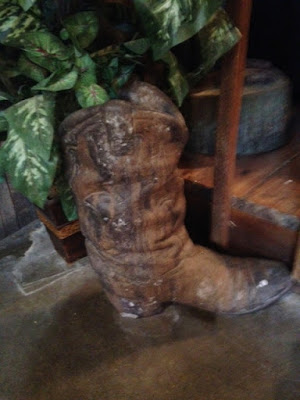 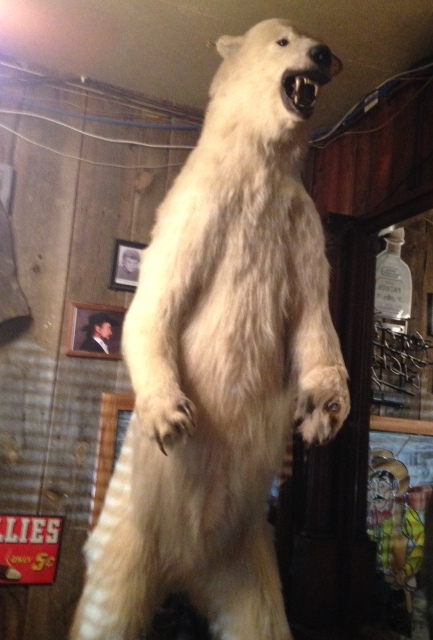 In the restaurant  the ceiling is made of copper so they have these copper post card for sale.. 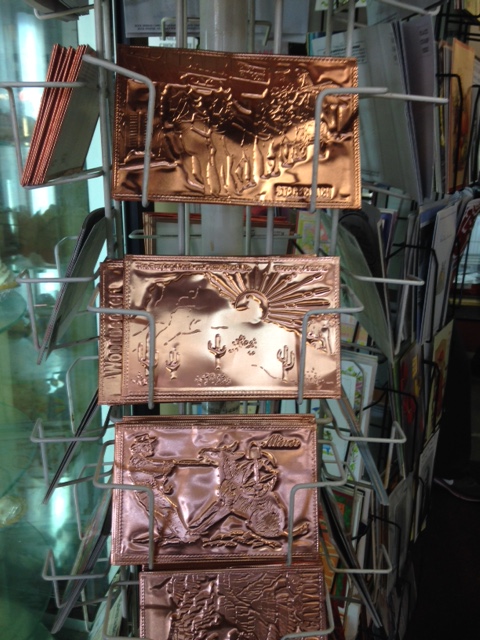 They are most famous for their homemade pies and have these little mini pies for those who want just a little bit.... 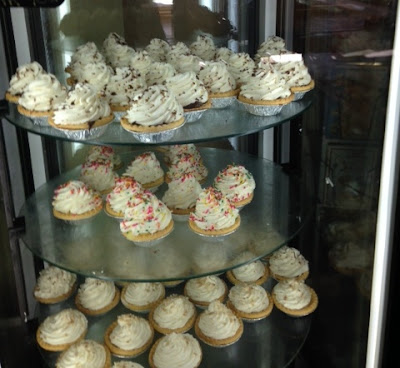 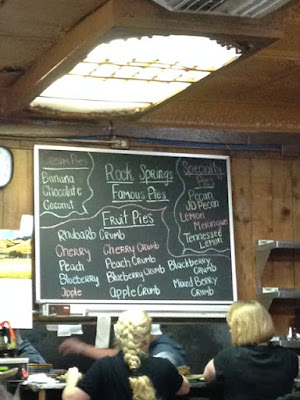 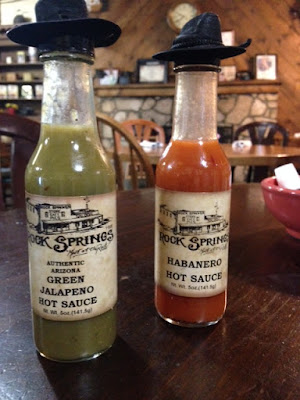 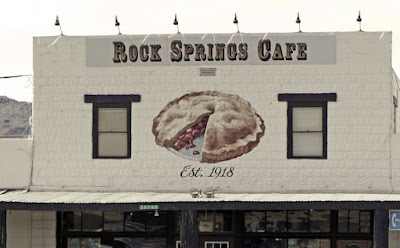 Yes, it all started as a stagecoach stop in 1918. There is indeed a little running spring and that is a commodity in Arizona! Hubby and I shared a small breakfast so we could indulge in a slice of the JD Pecan hmmmmmmmmmmm good. 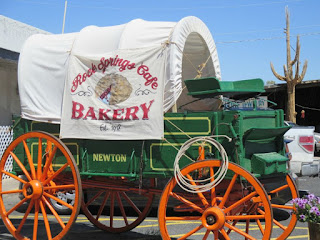 A little water and a gift for making pies is the story here and worth the drive.

Our Statue of Liberty

Labels: Around the world, Did you know?, Travel 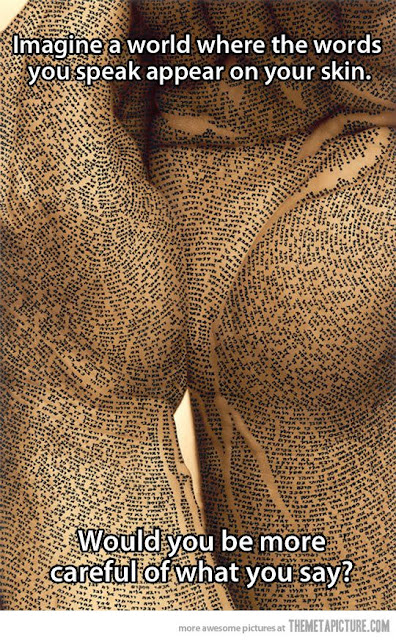 Labels: Something to ponder

Hubby is still recovering. He caught a bug in the hospital so had to also go on antibiotics. 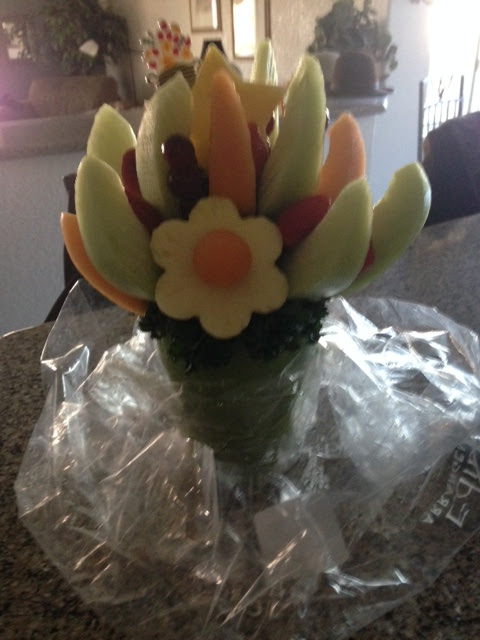 He received this edible bouquet and it was delicious!! Such a great gift.
I was on my way to get his medicine and...... 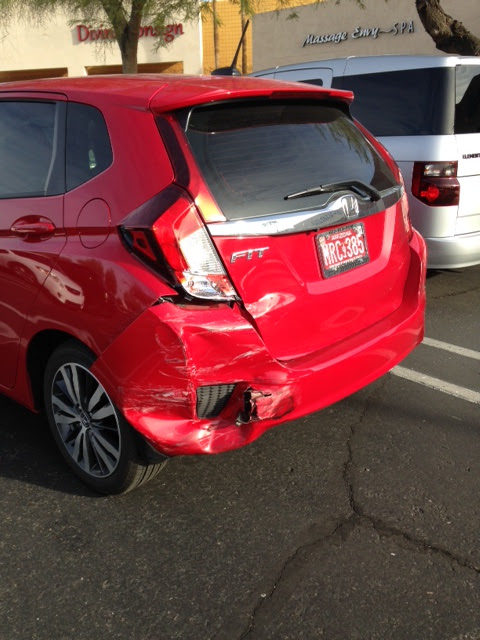 Yep, got rear ended. Fortunately no one was hurt and the car still runs.
This picture helped me feel better about it all:) 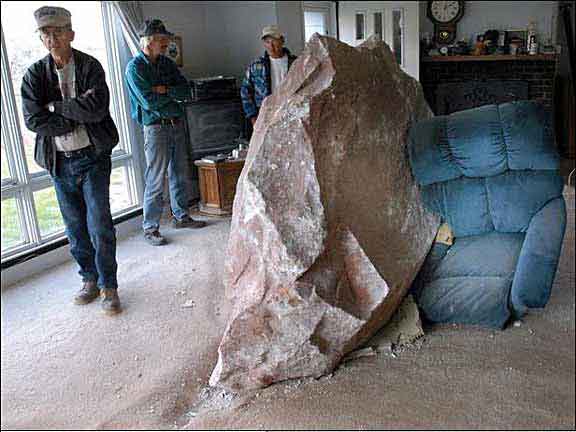 Never complain others have it worse.
I am thrilled with this little washcloth I knitted 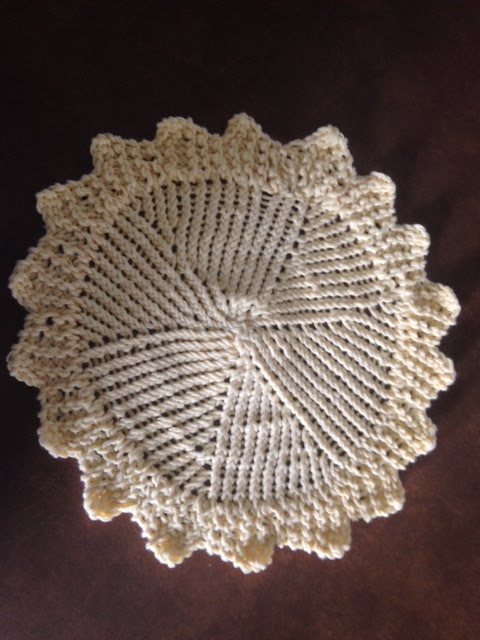 Only 1.15 oz of peaches and cream yarn and wouldn't they be cute little gifts?
Here is the pattern if you are interested
http://www.ravelry.com/patterns/library/painted-sun-washcloth

For Christmas our kids gave us tickets to the PBR pro bull riding being held at the Talking Stick resort and tonight is the night.

Oh my gosh! As I said this was a gift from our kids and it said it was being held at the Talking Stick resort arena. Talking Stick resort is a casino/hotel and we have been there and assumed that they had added a arena and I went to find this picture to post and it is not at the resort but at a arena that has been re-named talking stick resort arena!!! It is no where near the casino/resort where I also made a hotel reservation but it is in downtown Phoenix!! Well, it's a good thing I am determined because we are going no matter what!!!
Grateful I was posting and found out before it was too late:)
Posted by Changes in the wind at 9:58 AM 8 comments: